By Mike VotavaOctober 5, 2019Artwork
No Comments
6
SHARES
ShareTweetSubscribe to My Newsletter 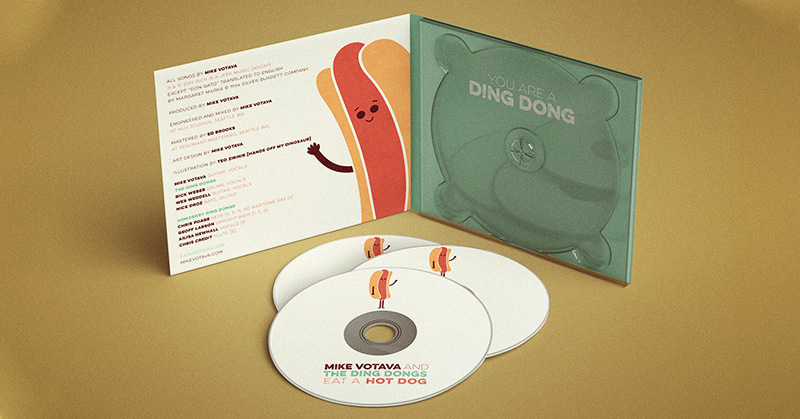 Have you heard the news? I’m about to release the brand new album for Mike Votava and The Ding Dongs Eat A Hot Dog.

The album will officially be released on October 24th, but it is available for pre-order right now. You should go preorder it right now from Bandcamp.

Not only did I produce and record the whole thing myself,I also made the album artwork.

I am stoked that Teo Zirinis (aka Hand off My Dinosaur) provided the awesome hot dog illustration. He’s one of my favorite illustrators. He has a new book out called Let The Pun Shine, I recommend you buy 10,000 copies.

Here is what the artwork looks like. There’s not that much to it, a few colors, one font, two hot dog illustrations, a secret message under the disc tray, and some straight lines. I like how this project turned out.

Fun Fact: sometimes when I look at the cover I go into a slight panic because my dumb brain tricks me into thinking there is a typo.  My brain tells me that the word “dog” should be “dong” and I accidentally left out a crucial letter. Fortunately for us all, my brain is wrong on this one. Because if my brain was right and there was indeed a typo, the album would be called “Eat A Hot Dong”. 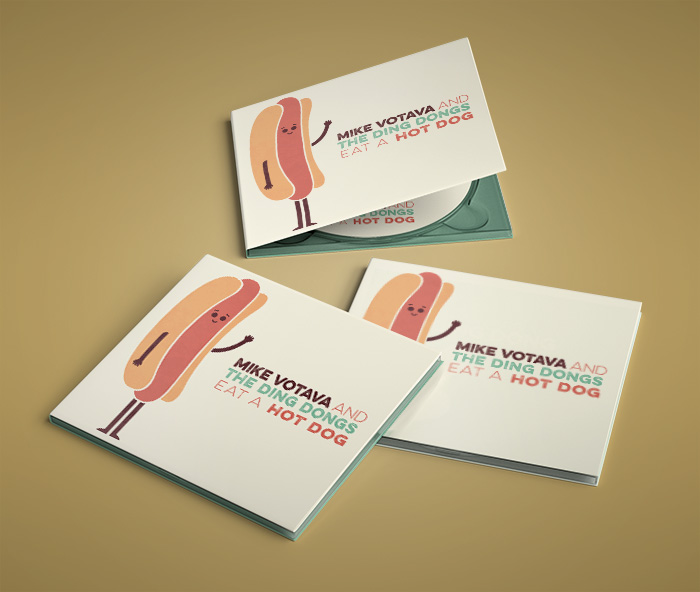 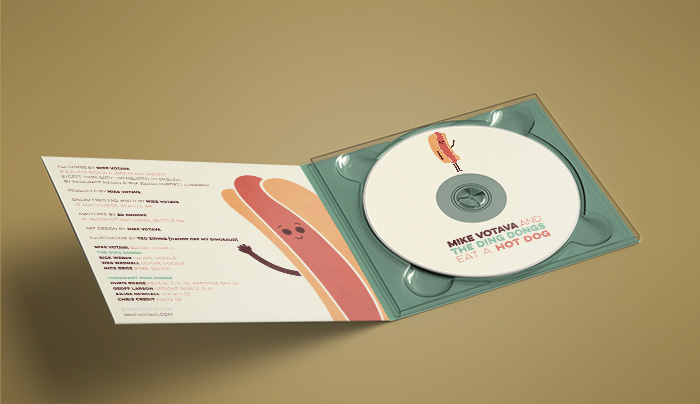 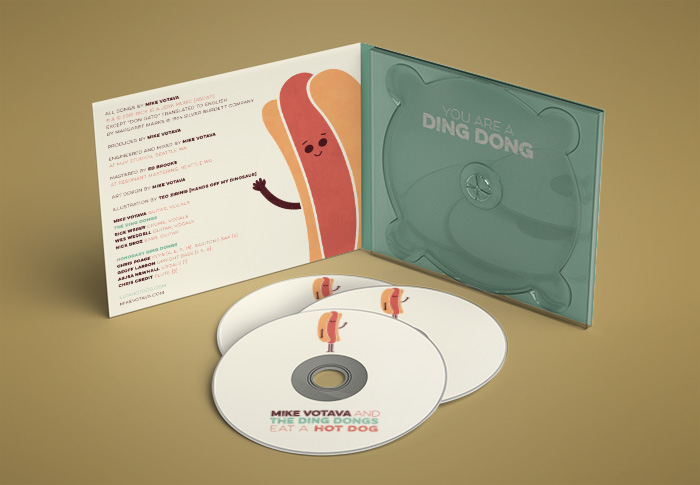 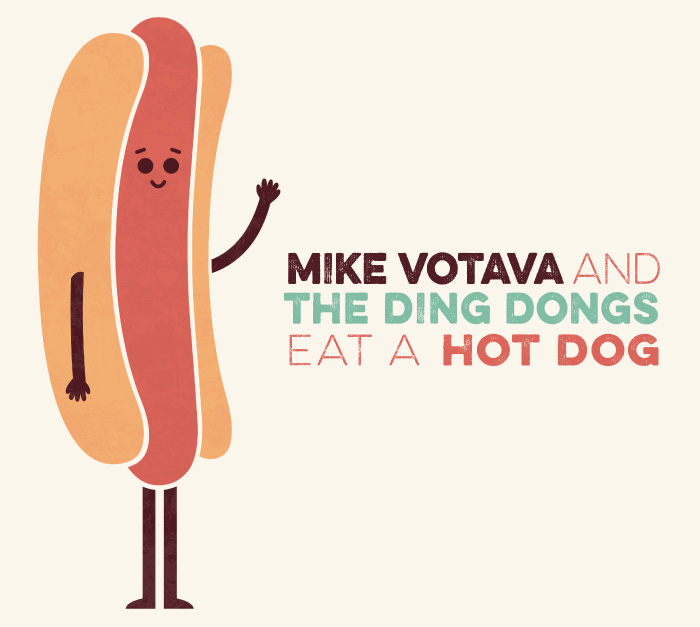 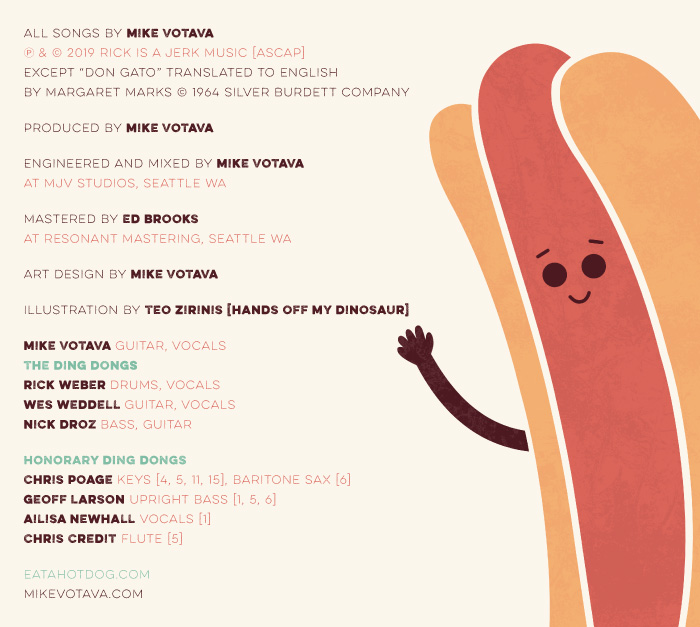 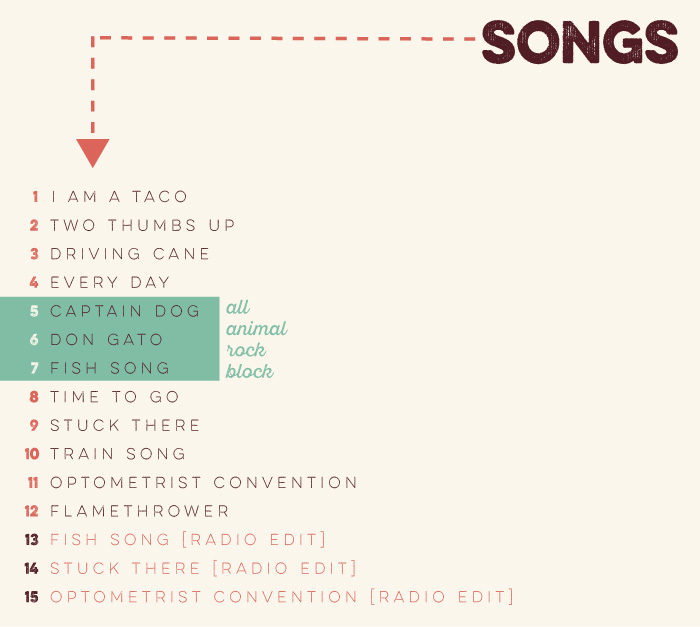 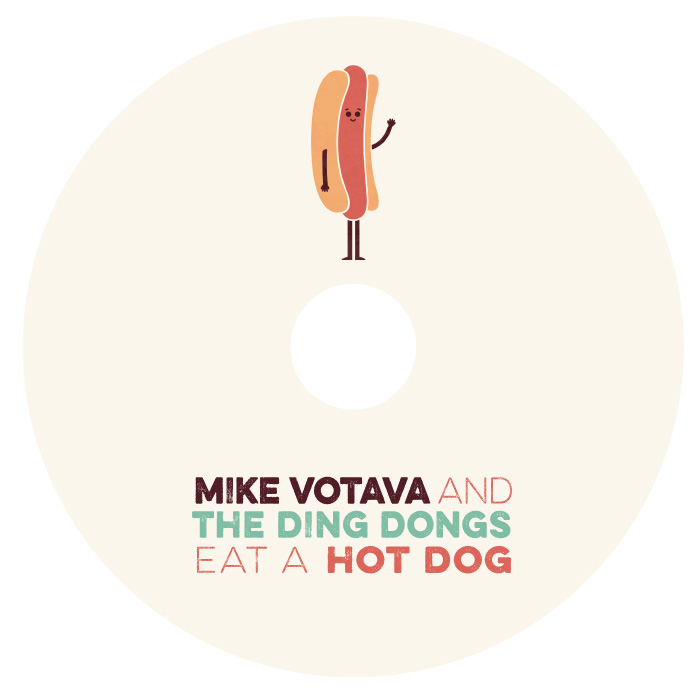