By Mike Votava November 24, 2019 November 25th, 2019 Song of the Week
8
SHARES
ShareTweetSubscribe to My Newsletter 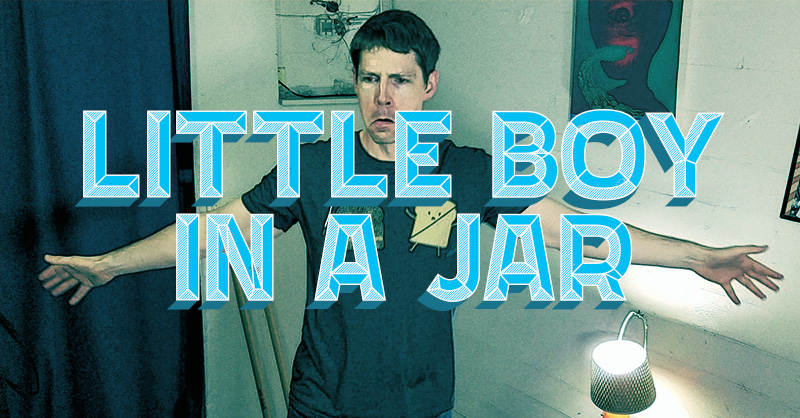 I present to you Little Boy In A Jar. This masterpiece of a song is nearly four minutes long and contains only a dozen different words.

Performed live near the year 2000 at the Pearl (a coffee shop / bar on University Avenue, no longer exists, currently a Subway I think) with fellow We Wrote the Book on Connectors bandmate Travis Young. This might have been my first time ever performing in front of a live audience. I certainly made the best of it.

Travis’ band Marvis was the featured band that night. They were kind enough to let me do a song.

I could feel the audience turn on me halfway through the song. But I kept going and eventually got them back. My favorite part is when Travis yelled at me to end the song and I didn’t.

Marvis, by the way, is  one of the all-time great band names. The name is mashup of the first names of the two members Mark Berger and Travis Young. I can also say with full confidence that Marvis is the greatest band to ever come out of Glasgow, Montana.

Little Boy In A Jar
by Mike Votava