By Mike VotavaOctober 5, 2019Artwork
No Comments
8
SHARES
ShareTweetSubscribe to My Newsletter 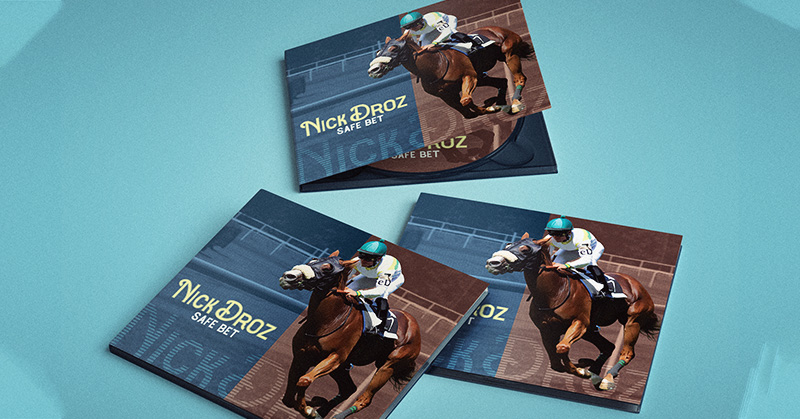 Nick asked me to make the artwork for his new album. His only direction is that it had to be “horse race themed”. You know, because horses are widely known as the safest things on the planet to bet on.

I agreed to take on the project. And here are the results. 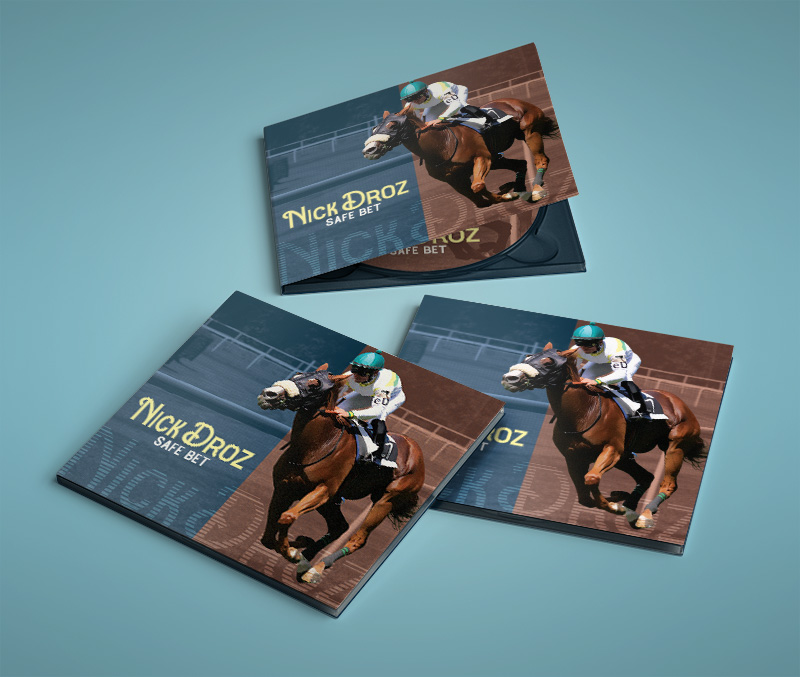 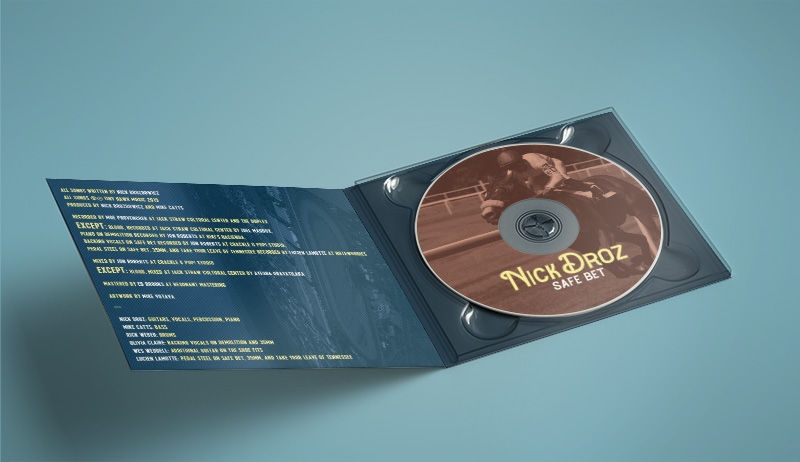 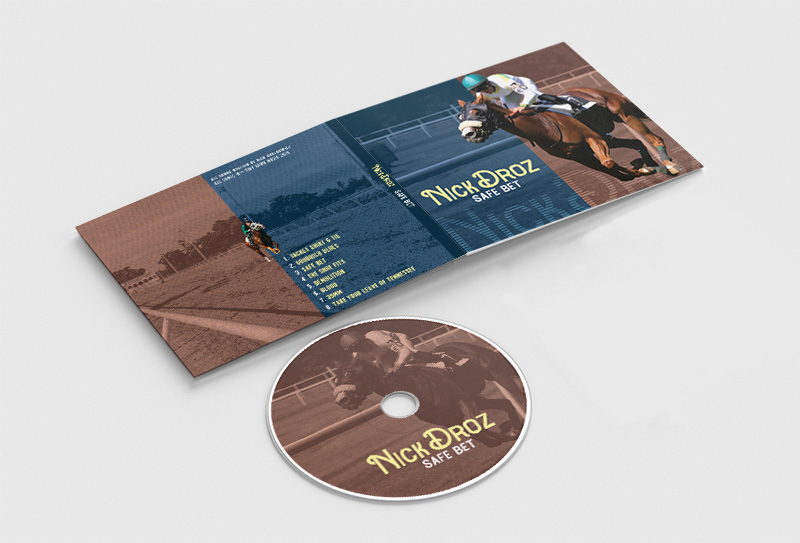 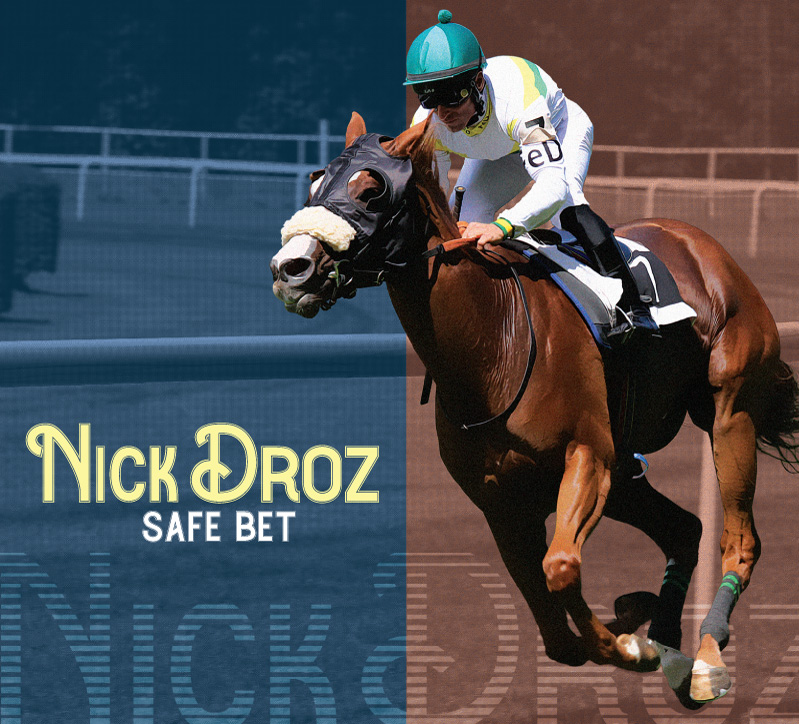 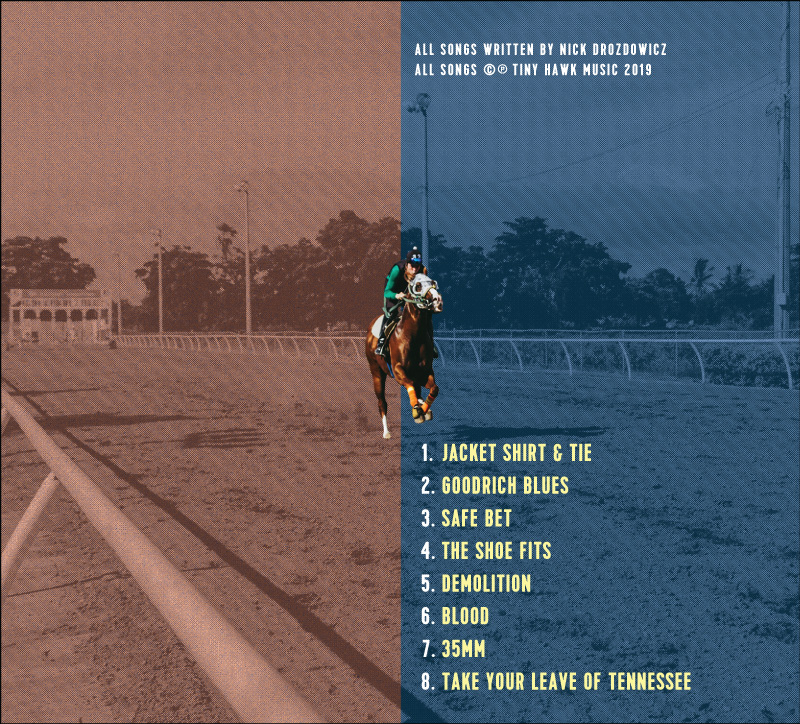 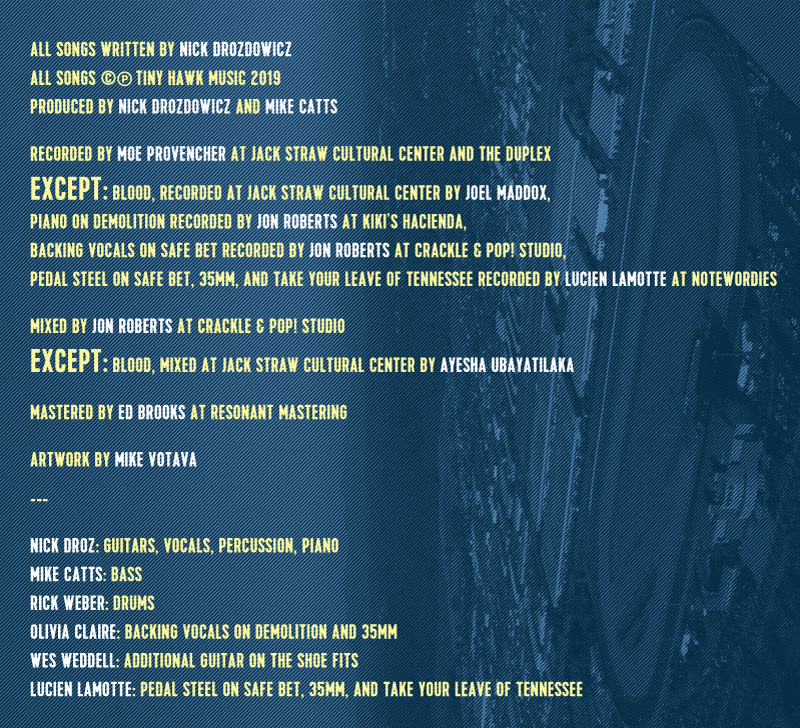 The two-toned split color muted newspapery (is newspapery a word?) background repeats on the front and the back. The horse sort jumps out of the background while maintaining its original over saturated colors. And the inside panel is an aerial shot of Emerald Downs oriented sideways. If you look at the whole thing as a sequence (front to back to inside panel), the viewer keeps getting farther away as they move their way through the art. I think that is cool.

The disc art is the same image as the cover, only with the red newspapery effect applied to the entire thing.  This creates a cool contrast from the blue background, maintaining a consistent color scheme with the rest of the artwork. The dis will sit in a transparent trey.

Here are the original images that I used. 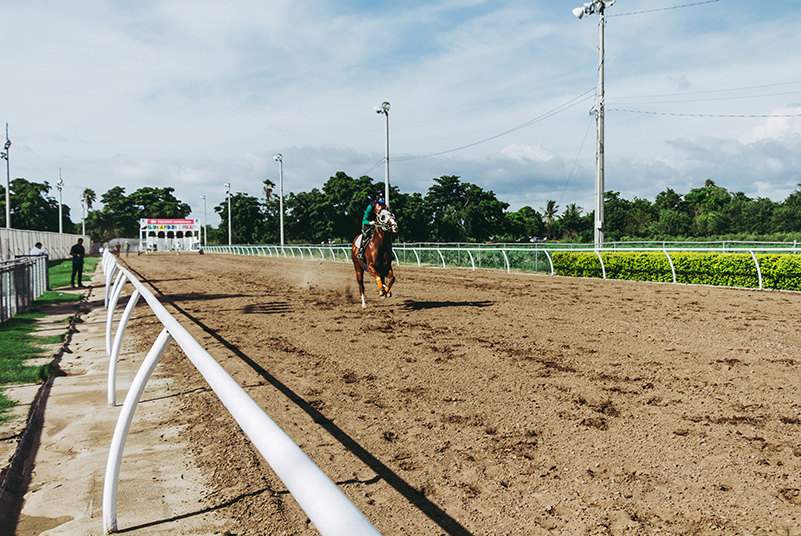 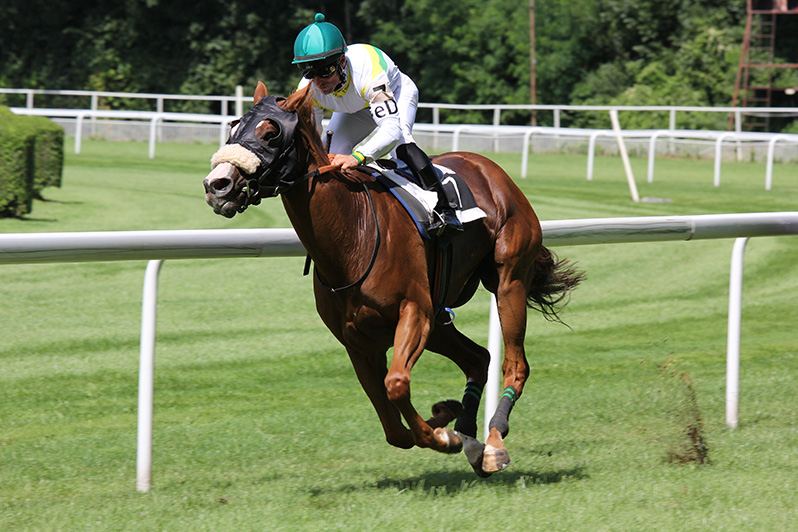 And here is Nick and I spinning wildly on a merry-go-round. 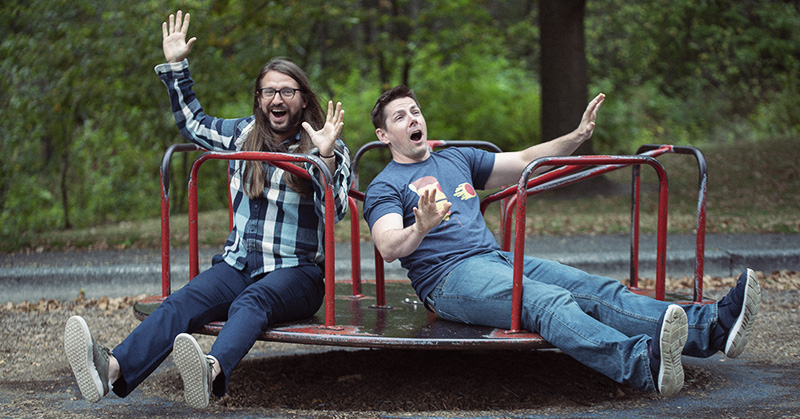 Safe Bet will also be available on vinyl. I’ll be doing the layout for that too. I really should be working on that right now, instead I’m writing this dumb blog post.