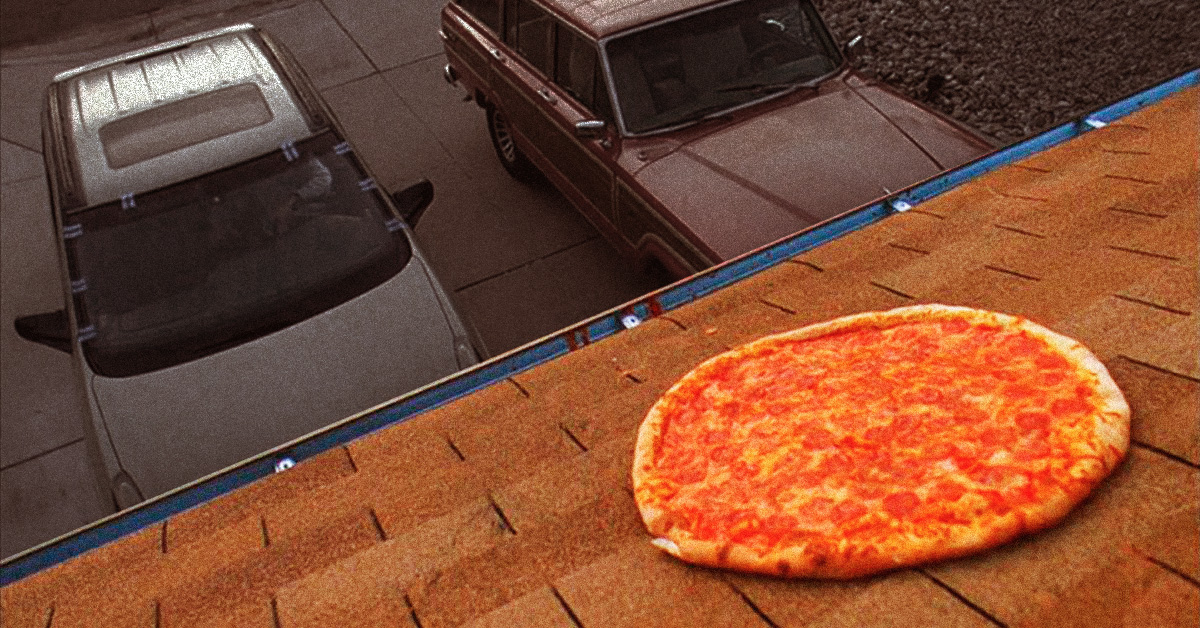 Song of the Week: Pizza On Your Roof

By Mike VotavaMay 9, 2017pizza, Song of the Week
No Comments
ShareTweetSubscribe to My Newsletter

Song of the Week: Pizza On Your Roof

Every week you get a new song from Mike Votava. How cool is that?! It’s super cool!

There comes a time in every man’s life when he must write a breakup song. Or at least that’s what my Dad always used to say.

For me, that time is now. With this song I am throwing my hat into that big broken-heart shaped ring. Despite it being already overly crowded with some real tear jerkers, there is always room for more.

This song took a lot out of me, both emotionally and physically. I managed to work my way through it but not before being completely drained. If only Phil Collins could take a look at me now, he would see just an empty space.

Mike Votava Song of the Week: Pizza On Your Roof

I hope listening to this song didn’t make you feel too sad. But like all good breakup songs, the trick is to listen to it when you’re already sad, then it will make you feel better. That’s how breakup song magic works.

I know what you’re thinking.

Mike, the song is called Pizza on Your Roof… what does pizza have to do with breaking up?

PIZZA HAS EVERYTHING TO DO WITH IT, YOU DUMMY!!

Haven’t you ever seen that scene from Breaking Bad? You know, the one where Walter White is so utterly distraught with angry love pains that he loses his shit and throws a pizza on the roof?

Now that’s what I’m talking about! Just look at that form.

Apparently, fans of the show love that scene too. Many special trips have been taken to Albuquerque just so they could throw pizzas on the roof of the actual house where the show was filmed. It happened so often that the show’s creator Vince Gilligan had to publicly tell people to knock it off. Vince Gilligan is no fun.

Throwing a pizza on a roof is no easy feat. It can get sloppy real quick. Good thing I get dumped a lot. It gives me the opportunity to get a lot of practice reps in. So the next time I’m in Albuquerque, you better believe I’ll be ready.

Nick “The Ding Dong” Droz was kind enough lend some achey-breaky guitar licks to the song. He played lead and rhythm.  Look at him go.

The guitar is a bit out of tune is some places. Not Nick’s fault. He used my special edition Mr. T guitar. It sometimes intentionally chooses to not stay in tune because it hates me for playing so many crappy guitar solos over the years.  I left the out-of-tune parts in there anyways to give the song that “extra cranky” feel. Sometime I think it’s funny, and sometimes I think it is dumb. But then I think it’s funny again.

Pizza On Your Roof
By Mike Votava

Check out all of Mike Votava’s Songs of the Week