By Mike VotavaOctober 16, 2021October 17th, 2021shirt design
No Comments
ShareTweetSubscribe to My Newsletter 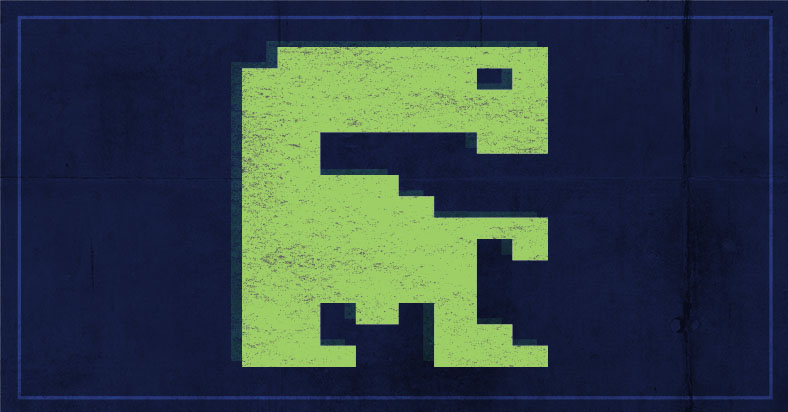 If you ask almost any nerd what the worst video game of all time is, there is a good chance that they will say E.T. for the Atari 2600.

E.T. for the Atari 2600 was released way back in 1982 just in time for Christmas. In the game, you play as the lovable E.T. alien. You go around the forest and do stuff like pick up reses pieces candies, avoid evil scientists, and fall down pits (You fall down pits a lot. Why are there so many pits in the forest?). The goal is to find all the pieces of your telephone, then use your phone to call your spaceship to come pick you up.

By most people’s accounts, the game totally sucked and was zero fun. The game was such a disaster, it may or may not have caused the big video game crash of 1983.

I remember playing the game as a child at my cousin’s house. I thought it was weird and hard but still kind of fun. I was also an idiot.

Here is someone who is not me playing the game.

Anyhow, I thought it would be fun to make an E.T. Worst Game Ever shirt design so that’s what I did. 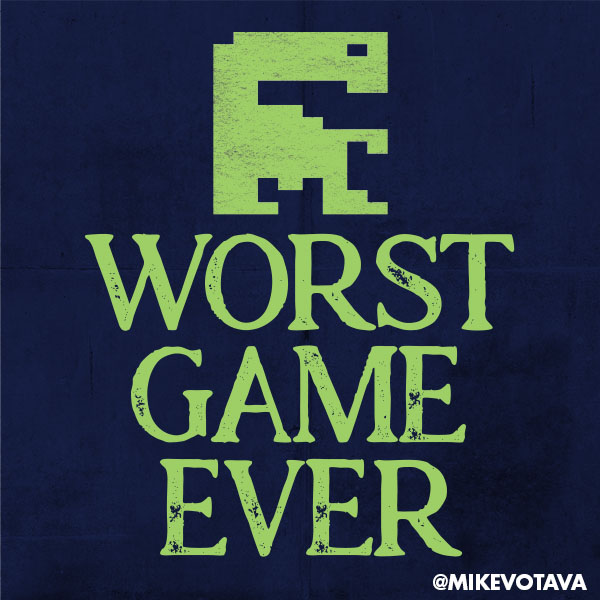 It’s available for purchase on my Cotton Bureau online shop.

It is not available for purchase on my TeePublic online shop because the design violates some of their copyright rules. 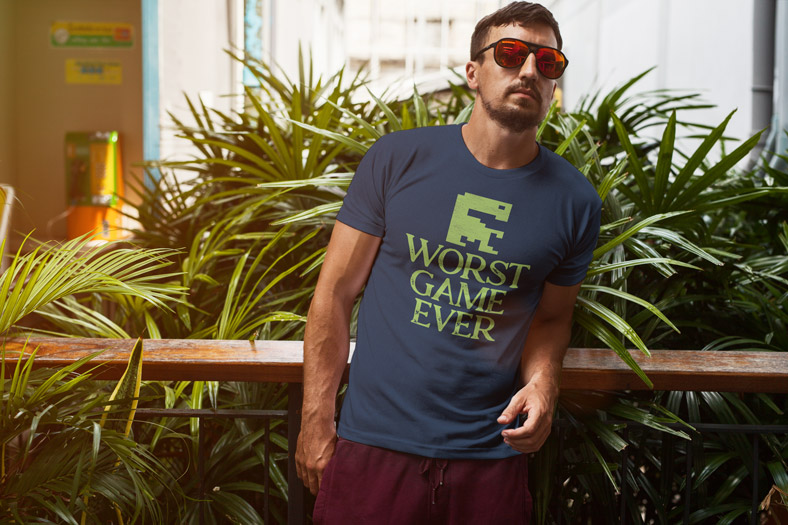 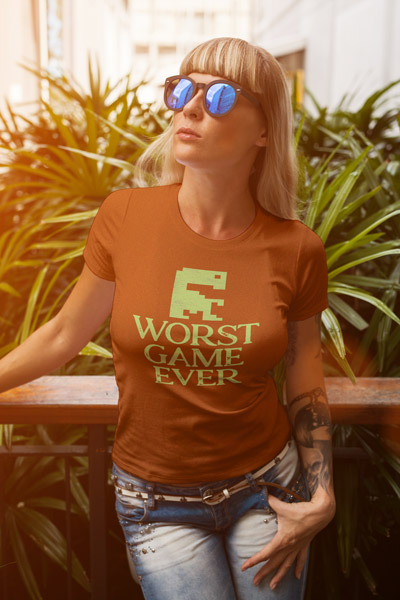 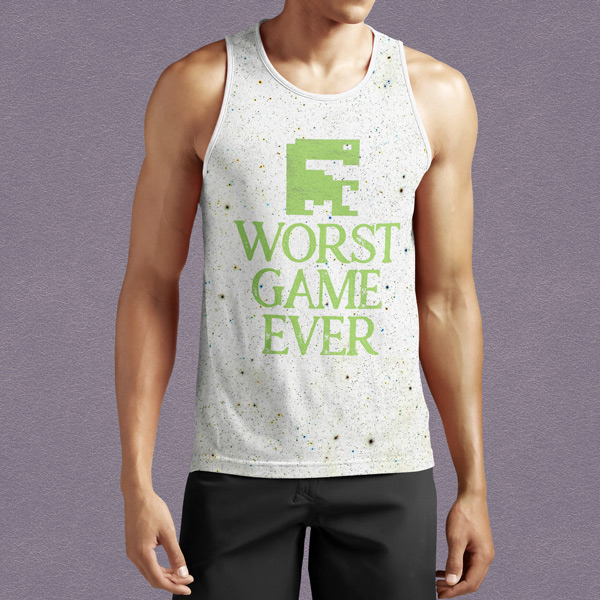 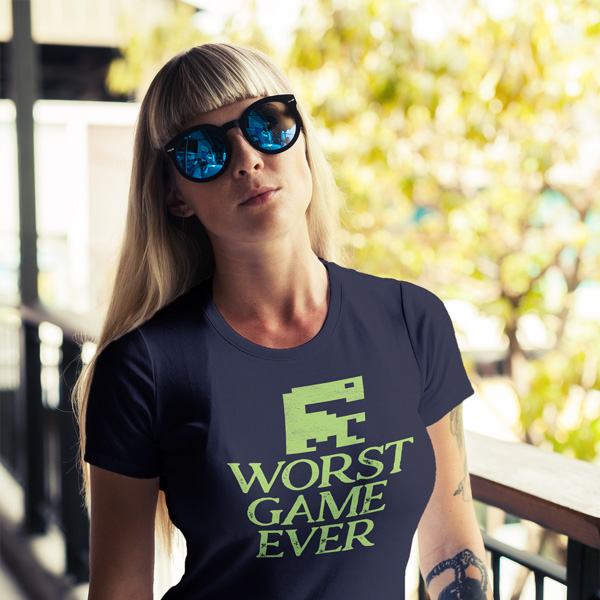