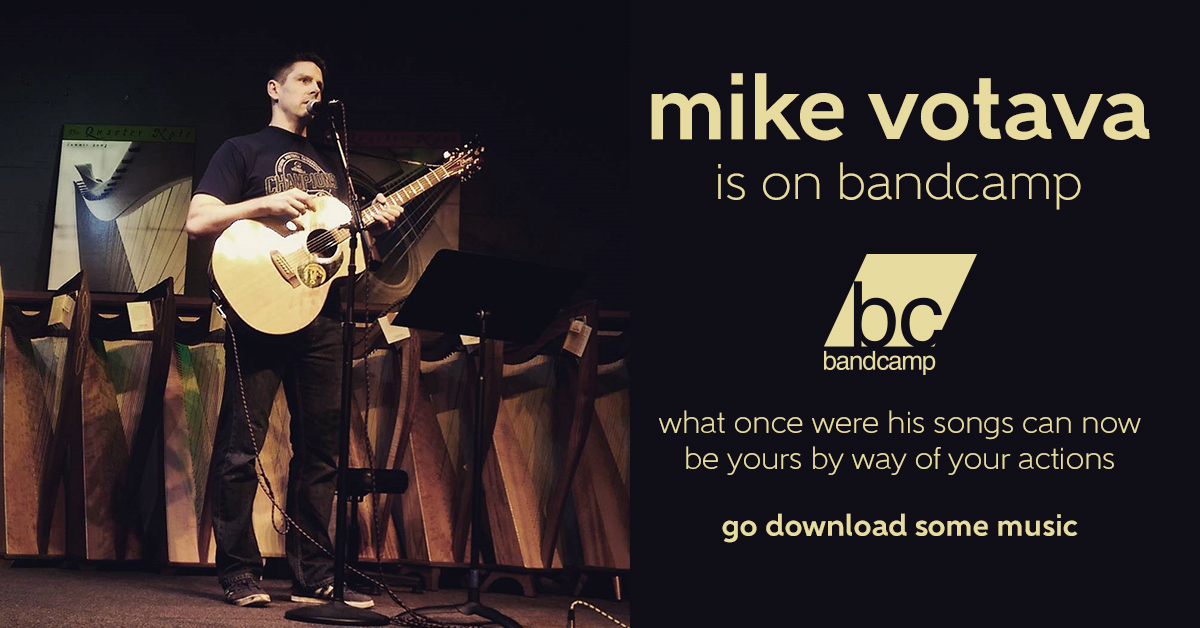 The Mike Votava Bandcamp Page is the Coolest

By Mike VotavaAugust 22, 2016October 22nd, 2016music
No Comments
ShareTweetSubscribe to My Newsletter

The Mike Votava Bandcamp page is up and running. Now is your chance to download some songs for FREE. Or, for the really nice folks, there is also an option to throw a few dollars my way. Either way, I think you will like the songs. I know I do.

There are two “albums”. The first one is called Superbuzz. A Superbuzz is something you get when you drink a ton of coffee and a ton of booze. This typically happens on a Saturday or Sunday afternoon. The album is a collection of songs I’ve written over the years, recorded myself at MJV Studios (my studio). The songs are mostly older, though they still hold up. (You may have even heard We Wrote the Book on Connectors play a handful of them at some point.)

There is one brand new song on there. I won’t tell you which one it is but I will give you a hint… it is about my pants.

The other album is called Books Are OK in My Book. These are all songs that were inspired by books. Written and performed for The Bushwick Book Club Seattle.

I’m in the process of writing and recording a brand new Mike Votava album. It will be the first official Mike Votava release. But in the meantime, I hope these here songs on my bandcamp page will help fill that nonexistent Mike Votava sized hole in your heart.