By Mike VotavaSeptember 30, 2021October 1st, 2021poster
No Comments
ShareTweetSubscribe to My Newsletter 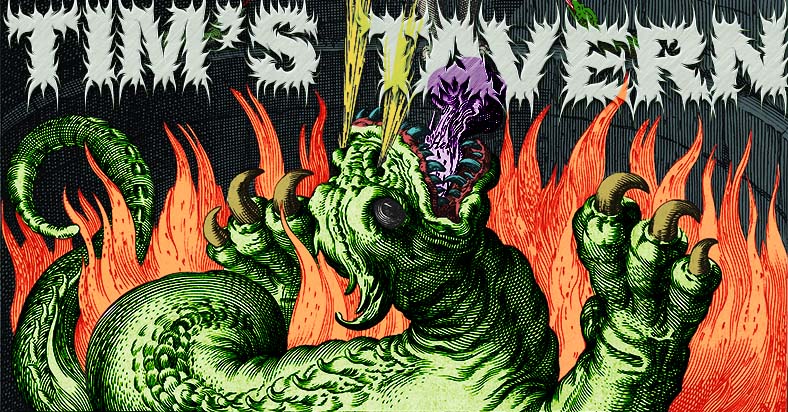 I designed this show poster last August. At the time I didn’t know it would be the last poster I would ever make for a Tim’s Tavern show.  A few days after finishing the design, Tim’s Tavern announced that they were closing their doors for good. It was a sad day in sports.

It’s a real bummer because I LOVED Tim’s Tavern, both as a musician who has played there many times, and also as a show goer.  The owners said that they would try to open a new music venue sometime in the future but we’ll see….

My buddy Nick Droz (Ding Dong) asked me to make this poster for his new noise rock band Mono A Mono.  (I also designed the artwork for Mono A Mono’s debut EP Fuzzy Nonsense). Nick wanted the poster to be “cheesy fun, over-the-top metal”.  “No problem!” I replied.

I would say I hit the mark. 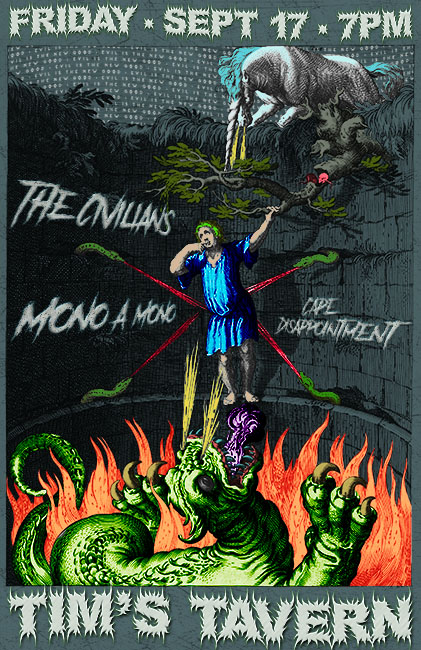 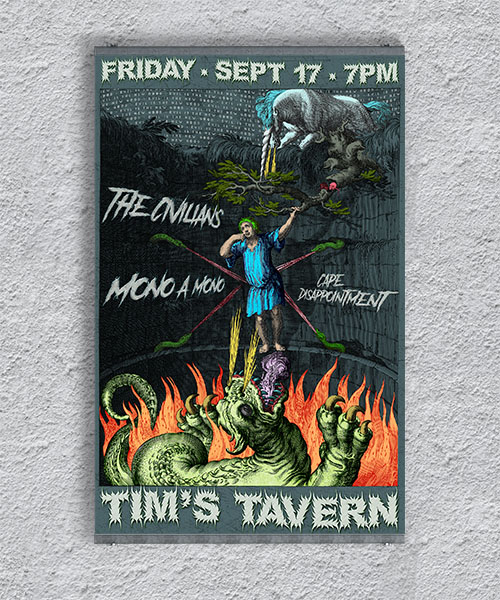 I must confess, I didn’t actually create the illustration. I wish that I could not only draw like that (I can’t), but also that I was crazy enough to think up the overall concept (I’m not).

I found the image using my new favorite search engine Museo. With Museo you can search the digital image libraries of fancy museums such as the Art Institue of Chicago and the New York Public Library. The best part is that the images are almost always void of any copyright restrictions.  So I can use them however I want, which includes rocks show posters.

Here is the original image. Notice how badass it is. 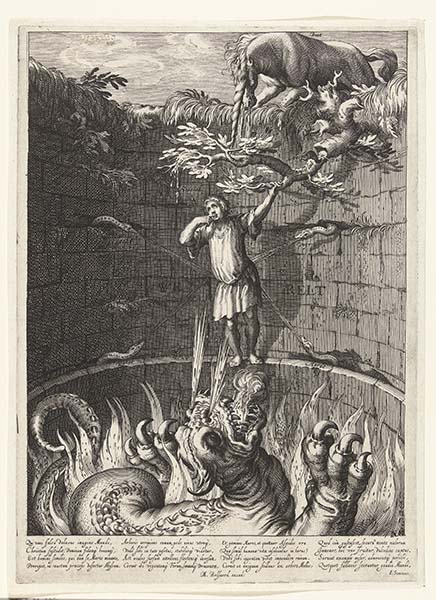 For the poster, I cropped it, colored it in, and added some nutty metal text.

The “coloring in” part took FOREVER.  I used it as an opportunity to practice my Photoshop Pen tool skills. I’m happy to report that I am now fully proficient in the art of the pen tool (I wasn’t before).

Nick loved the poster. Too bad the show got canceled because of the venue closing. It would have been a good one.  And it would have been cool to see this poster hanging in Tim’s Tavern window.

This is by far the best poster I’ve ever made for a show that never happened.

Nick mentioned that he was going to print a few posters out for himself. I hope he does. I would like to see it. 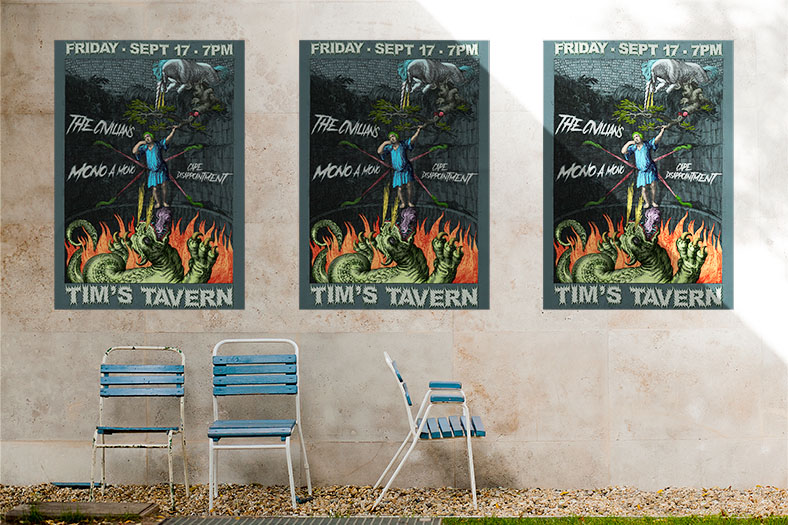 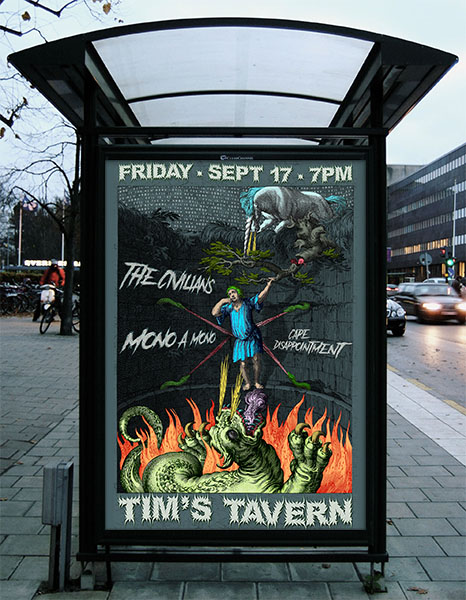 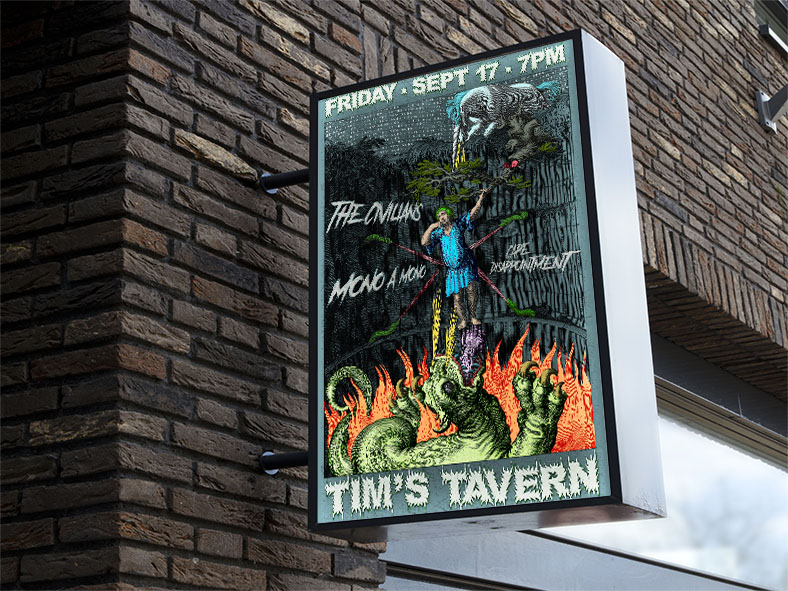