Need A Word For… 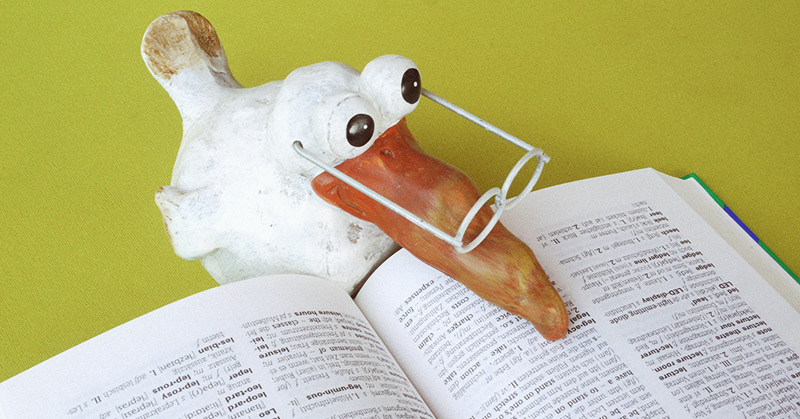 I subscribe to Rob Walker’s The Art of Noticing Newsletter. In the latest installment, he presented a new game called “Need A Word For”.

Need A Word For … is an exercise in paying attention to phenomena you encounter — sensations, states between states, feelings, slippery things — that could be named, but don’t seem to be.

When I’m walking on a straight path and see people ahead of me, there is a moment when I can’t tell if they are walking toward or away from me. I’d like to name this brief moment when I am utterly unsure of their direction.

Seems simple enough, so simple that maybe an idiot like me could do it. Let’s find out.

I’ve been trying to think of some things that we may “Need a Word For” all day.  Here are a few I came up with.

That scene in a movie or TV show, usually at a party, where a dude is telling a story or a joke to a small group of surrounding people, but all we (the viewing audience) hear is the very last line of the anecdote followed by an eruption of laughter from the group. There is typically nothing inherently funny about that last line outside the context of the story that we (the viewing audience) were not privy to. We need a name for that kind of scene. While we’re at it, we also need a name specifically for that last line that brings the fake story to its hilarious fruition.

When I’m sitting down with a cat on my lap and need to get up to get some more coffee or go to work. But I don’t want to move because there’s a cat on my lap so I just sit there and take a nap. Why isn’t there a word for that?

When you are about to fart and you think it’s going to be nice and smelly. You sort of brace yourself in anticipation. But then the fart comes out and it doesn’t stink at all. You’re left feeling disappointed and ashamed. That’s definitely the sort of situation we need a word for.

Sometimes while trying to put on old socks they are in such bad shape that the heels get partially ripped off. I don’t know exactly what to do with these broken socks. Do you throw them away? Recycle them? Donate them to the Goodwill? Who the fuck knows? I usually panic and put them back in the sock drawer. I do my best not to grab them the next time I need to put on a fresh pair. Is there a word for this scenario? I feel like this one might have a lot of good pun potential.

There may already be a word for this one but I was too lazy to actually look it up, even though I know it would only take about five seconds. We need a word for the stupid idiots who think that Van Halen was a better rock band after David Lee Roth left the group.

That’s all I could think of. I may be able to think of some more later. We shall see, won’t we?! Bwahahaha!