New Song: Thanks For Following The Rules

I am happy to announce that I made a new song. It is called “Thanks For Following the Rules”.

“Thanks For Following the Rules” is about riding the bus.

And like many other great Mike Votava songs of various quality (“Mushroom Chair”, “Driving Cane”, “Bobblehead”, “Locker Combo”, “Baked Potato Blue”, “Pizza Costume”, “Dinosaur Socks”, “Blanket With A Hole”, “Ichiro Baseball Card”, “Vegetable Clock”, to name a few… ) it was inspired by an item in my house. 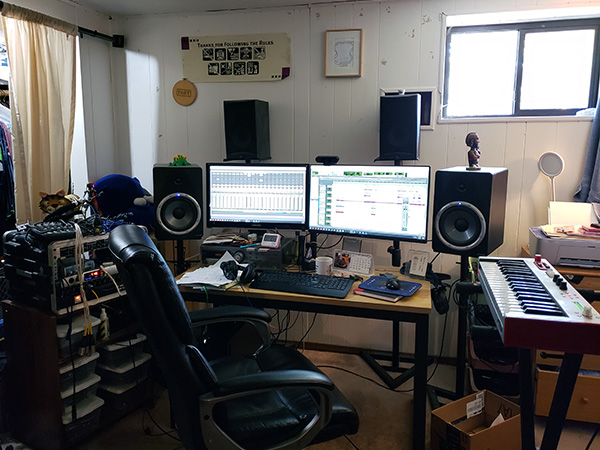 Hanging on the studio wall above my computer is an old rectangular-shaped bus sign. At the top of the sign, in black letters, it reads “Thanks for Following the Rules”. Underneath the letters is a list of rules depicted in the form of wacky 70s era graphics.

A friend of mine used to work as a bus mechanic. He would give me all kinds of crazy things he found on the buses (Fun Fact: I had to Google “what is the plural of bus”). One of which is this kickass sign.

This song took me a bit longer to make than some of the other Tuesday Groove Kabobs. I’ve been in a bit of a music rut the past couple of weeks. With the release of “Thanks For Following The Rules” I feel like I worked my way out of it. I’m quite proud of myself.  I’ve found the best way to get out of s music rut is to make more songs, even if it’s hard to do so.

I’ll share a few more thoughts about the song below.

GET ALL THE TUESDAY GROOVEKABOBS

The second verse, second chorus, and bridge is just a list of rules

This should be obvious to you if you listened to the song. I managed to include every single rule that was noted on my Thanks for Following the rules sign. 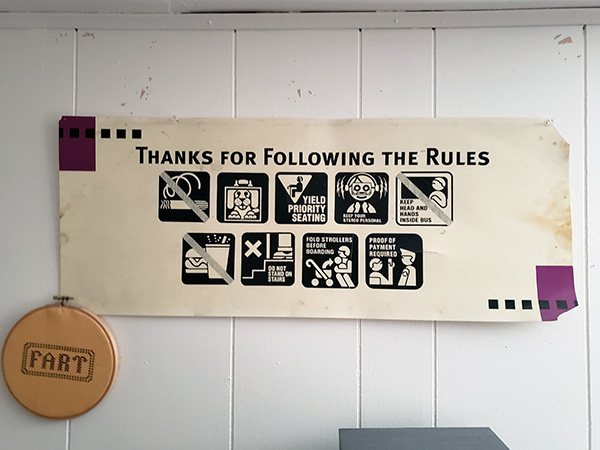 There’s an old lady with a cane inside a triangle
be prepared to offer her your seat
there’s no hamburgers, no cigarettes
please keep your music to yourself
and if you bring your dog you’ll need to keep them in a box
in a little tiny box

The bus route I’m referring to is on Beacon Hill

Back when I used to have a dumb job, I would commute into town via public transportation. I would catch the bus near my house.

Here is my morning north-bound bus stop. The one that I had to wait at every morning. Notice the lack of a sitting device. 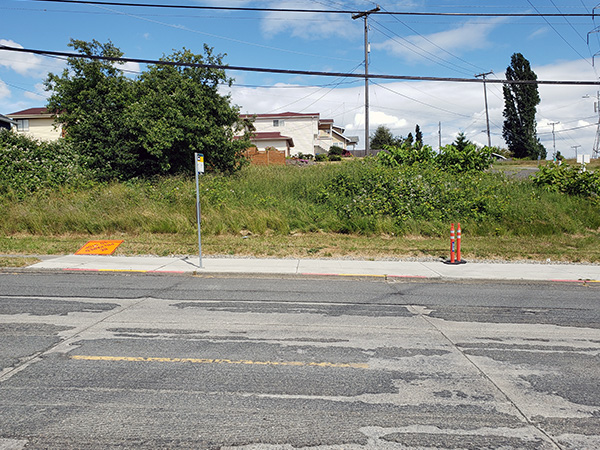 And here is the southbound bus stop across the street. 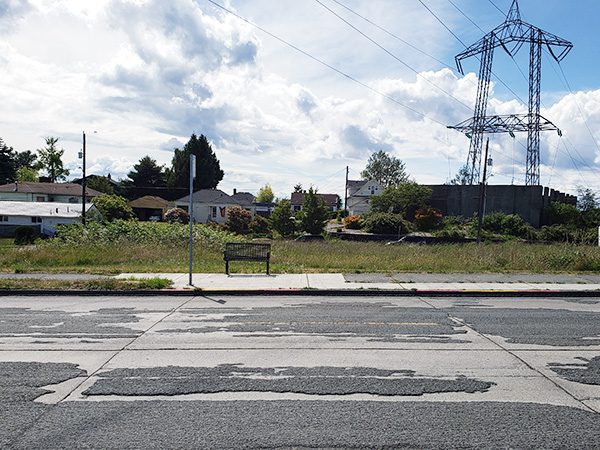 I hate that goddamm bench!

The bus would go down 15th ave south and drop me off at the Beacon Hill Train Station. From there I would ride the light rail into the city, and then take a few more buses until I arrived at my crappy job. On my way home I would take the same route, only in reverse.

The first verse is littered with clues about Beacon Hill. My favorite of which is the Red Apple Market reference. This brings us to the next bonus song nugget…

I rhymed the word “lunch” with “sandwiches”

“You can’t rhyme lunch with sandwiches! Are you out of your mind?!!!” they said. “That’s impossible!”

Well, guess what, fuckers.  You CAN and I DID!

It seems to work quite well in the context of the song too.  You see, I used to buy a lot of sandwiches at Red Apple Market. I would always look for the sandwiches that were a few days old because they got marked down to half-price. What a deal!

I took a lot of musical cues from R.E.M.

I’m not sure if it’s apparent to you, but the musical styling of R.E.M. was a huge influence on “Thanks For Following the Rules”.  I was essentially trying to make a R.E.M. song.

The answer of course is R.E.M. They have a great song called “Driver 8” that’s about riding a very specific passenger train. And like “Driver 8”, “Thanks for Following the Rules” is heavily about riding a specific bus route. So it’s a no-brainer to model my song after theirs.

I copied the rock drum beat. I played a jangly acoustic guitar part and kept it in the front of the mix. I “Mike Mills-ed” the crap out of the bass part the best I could. And tried to emulate background vocal arrangements.

I was never able to emulate that main big heavy guitar riff thing the way R.E.M does. I tried but I couldn’t get there. I used some keyboards instead.

I also borrowed from another R.E.M. song. The main intro riff on “Thanks For Following the Rules” is my version of the big intro riff for “The One I Love”.

I see the similarities between my song and the R.E.M. songs but feel free to judge for yourself.

Trying to write a song in the style of another artist is one of my favorite songwriting tricks. The songs always end up sounding like me in the end. However, this approach always sends me down a different path.

I snuck in the best Star Trek reference of all time!

It comes in right at the end of the third verse

There are four lights competing with a million stars
shout it, Captain Picard

Oh my God! I’ve been holding on to this idea for a long time and I was finally able to put it into a song and have it make sense within the song’s context.  Let me explain.

The third verse is all about that dreaded commute home. At this point in the song, a lot of time has passed for our hero (me) since the first verse. And he is way grumpier now after spending an entire day rotting away working for a company that didn’t appreciate him.

By now the day is over and it is dark outside. After exiting the light rail at the Beacon Hill Station I would then cross the street and wait to catch the bus.

From the vantage point of the south-bound bus stop, you get a great full-frontal view of the Beacon Hill Station set against the night sky backdrop. The Beacon Hill station is lit with four big beautiful lights that change color.

Looking at it always reminded me of one of my favorite Star Trek episodes. The one where Captain Picard gets taken prisoner by the Cardassians and they psychologically torture him. Setting the stage for one of the most dramatic line deliveries of all time…

Thanks For Following The Rules
by Mike Votava

There’s an old lady with a cane inside a triangle
be prepared to offer her your seat
there’s no hamburgers, no cigarettes
please keep your music to yourself
and if you bring your dog you’ll need to keep them in a box
in a little tiny box

No standing on the stairs
fold your strollers
stay seated, almost there
the ride is over