By Mike VotavaJanuary 1, 2019design, poster
No Comments
12
SHARES
ShareTweetSubscribe to My Newsletter 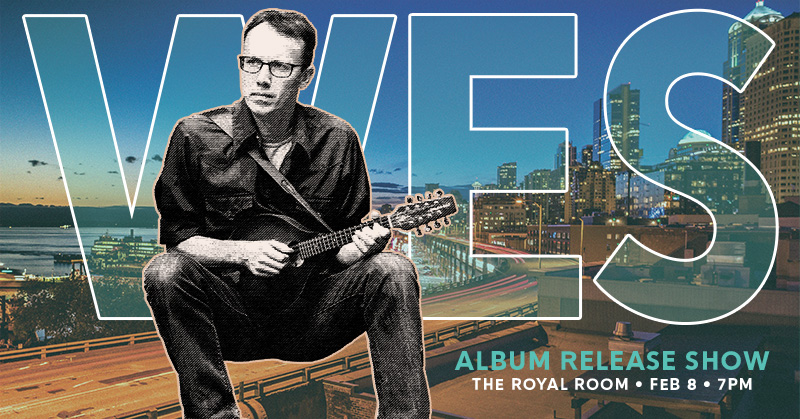 My good buddy Wes Weddell is about to release his new album “Somewhere in the Middle”. The album, already available in digital internet friendly format, will be (more) officially released at a show on February 8th at the Royal Room.

He asked me to design the poster for the event. And I said… 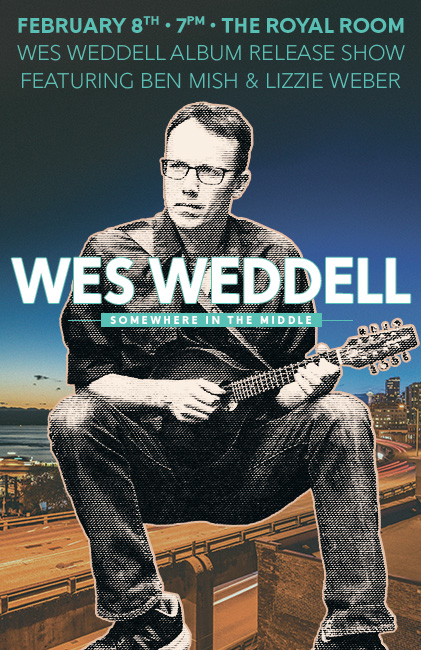 The concept was to make Wes look as big as I could. Put him front and center and make it all about him. What better way to show that distorted sense of scale than to plop him right down in the middle of the city.

The design concept is funny to me. It’s the opposite of Wes’ personality. He’s a pretty low key dude. Never wants to make a big deal out of stuff. So I took it upon myself to make him a big deal for him.

I’ve been big into the half-tone pop art look lately. I used that effect again here. I took it a step further with the stroke outline around Wes’ big lingering body. The city skyline background has an “instagrammy” filter feel (so popular with the kids these days). I altered the color and added some extra noise.

I took inspiration from the Tom Petty “Runnin’ Down A Dream” video (Wes is the biggest Tom Petty fan I know). It features a massive King Kong sized cartoon Tom wreaking havoc on an unexpected city. Or at least that’s how I remembered it in my head. I just watched it a few minutes ago and learned that that is only a very small part of the video. And he’s not exactly wreaking havoc. It’s more like he’s just hinting at havoc.

Here‘s the video. Wreaking or hinting? You be the judge.

The perspective is off. It doesn’t exactly look like he’s sitting on the viaduct. But whatever, compositing is hard. Fuck it. Close enough.

Here are the original photos I used for the composite. 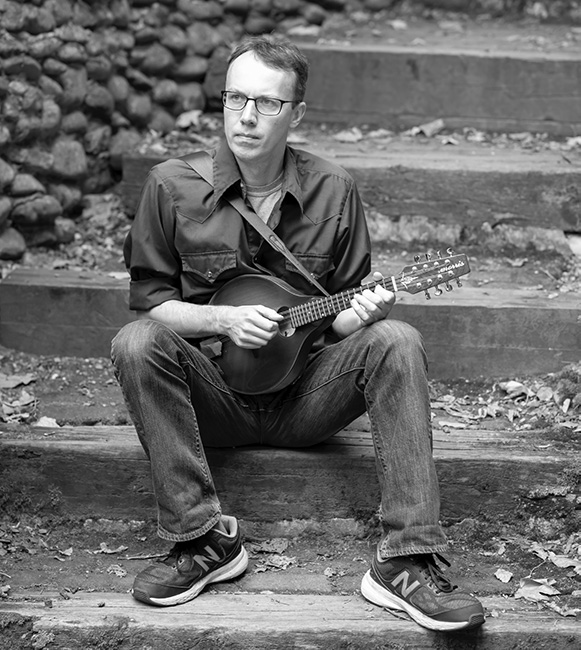 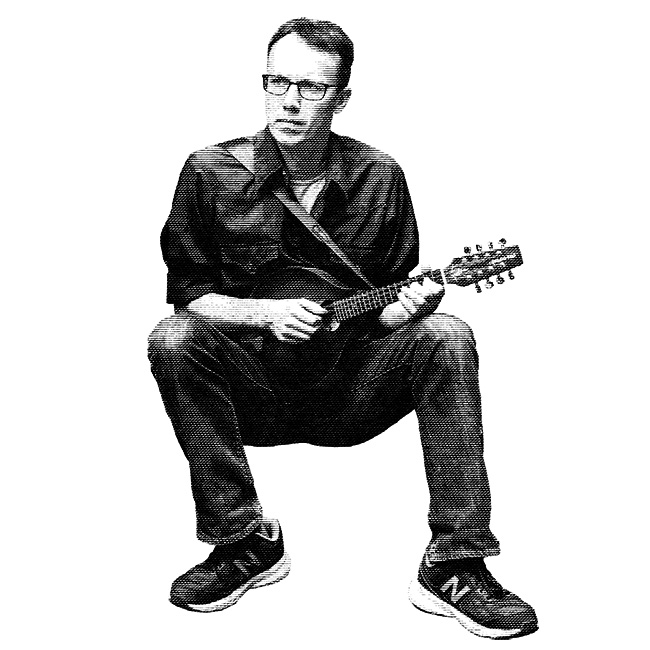 Wes cut out with halftone effect 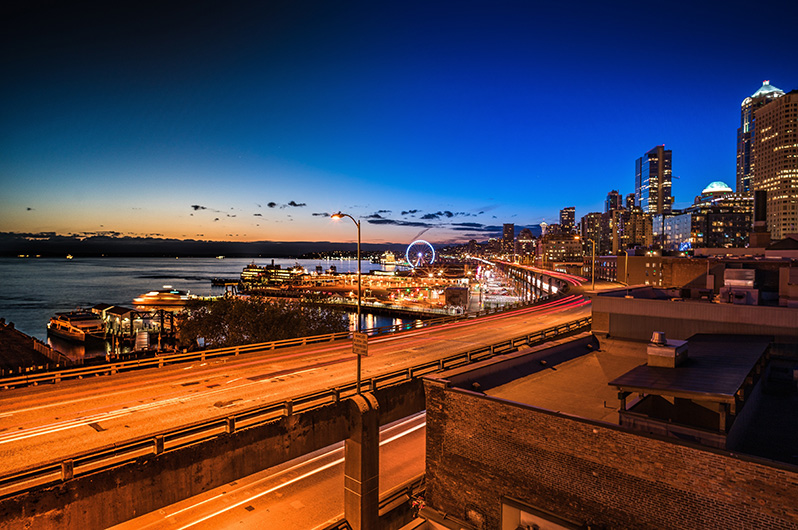 You should come to Wes Weddell’s big album release show on February 8th at The Royal Room. Seattle artists Ben Mish and Lizzie Weber  are also on the bill.

And you should go buy Wes Weddell’s new album “Somewhere in the Middle”.   I recorded the first two tracks in my studio. One of the cooler things I did last year.

I hope to see you at the show, dummy!

Hey ding dong! Subscribe to my newsletter to receive fun stuff that will make your life way better.