By Mike VotavaFebruary 4, 2021MJV Living
No Comments
ShareTweetSubscribe to My Newsletter 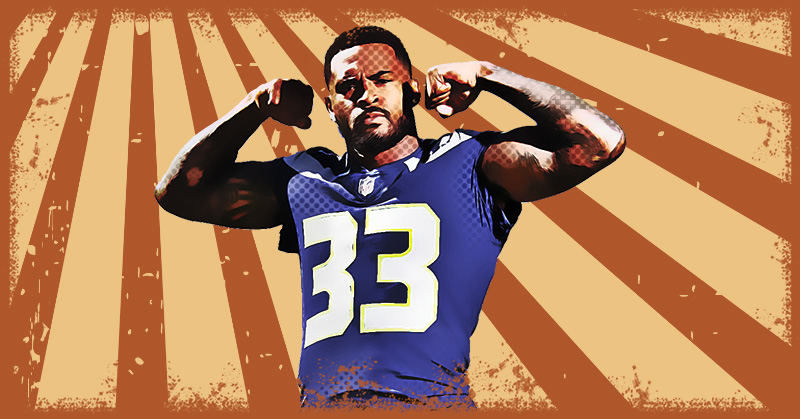 Jamal Adams, superstar Seattle Seahawks safety, was on a recent episode of The Bill Simmons Podcast. I had never heard him talk at length about anything before. My impression of him after listening to the interview is that he seems like a real standup guy. The kind of player that is easy to root for.

There were a few points in the conversation where Simmons tried to get Adams to talk shit about The Jets. And even though The Jets are universally known as one of the most poorly run organizations in the NFL, Adams wouldn’t take the bait! Instead, he spoke of how grateful he was for his opportunity there and showed gratitude for the people who believed in him and for everything he learned.

I thought it was a good answer even though I secretly wanted the inside scoop on The Jets awfulness. Adams won’t even talk shit about the Jets when given the opportunity. That’s crazy to me! What a dude!

Adams talked about The Seahawks organization. From day one he immediately bought into the Seahawks winning culture.  It all starts with Pete Carroll.

I don’t remember Adams exact words, but he said something along the lines of all Carroll wants of him is to be himself and be the best pro that he can be, and be that every day. That struck a chord with me. I’ve adopted “Be A Pro” as a personal motto for 2021.

So what does Be A Pro mean? To me it means always trying to be the best version of myself. Well, what does that mean?  I don’t have an all accompanying answer to that but here is where I’m starting at.

Show up, do the work

There will be plenty bad days and fuck ups. Do the best I can to make things right, keep moving forward, and get back on the right track when stuff starts to go sideways a little bit.

Have the courage to make decisions about the type of person I want to be and the sorts of things I want to accomplish, AND the courage to fucking go after it. Have the balls to try some things while knowing that there’s a possibility that it might not work out.

Assume the best of people and show empathy towards other people and their situations. Do something nice for someone else every day without expecting anything else in return.

Be Nice To Myself

I’m fortunate to be where I am in life. I am extremely lucky. Sometimes it is easy to forget that amongst all the daily chaos. But I don’t want to ever forget that.