This one is called “Hot Dog”.

But it’s not about hot dogs.

It’s about having a telepathic ability that allows you to communicate with loved ones/acquaintances/enemies, no matter where they might be,  during the exact moment you die. That way they know you’re gone and they can deal with that information however they see fit.  Whether that be having an extra beer on your behalf, or dancing a jig.

This telepathic power comes with limitations. It’s restricted to only a very short phrase. The phrase is unique only to you. No two people will have the same death message, similar to how websites have a unique domain name. You do, however, get to pick your own phrase (as long as it’s still available). So when the lucky folks in your life hear this mysterious ping in the back of their brains they will know that it is you who kicked the bucket and not some other idiot.

I hope you like the song. It features Rick Weber (Ding Dong) on the banjo.

The song was inspired by Kurt Vonnegut’s Breakfast of Champions

The song was inspired by Kurt Vonnegut’s Breakfast of Champions. A wonderful book that I quite enjoyed.

I wrote and performed it many years ago for The Bushwick Book Club Seattle. And the song has managed to stay alive since then. Sometimes I still play it during my solo live sets.

Let me explain the inspiration, though I will be explaining via memory. I can’t find my copy of Breakfast of Champions. I suspect it was destroyed during the great Cat Pee-apoloooza that took place on the lower shelf of my bookcase a few years ago.

At any rate, I don’t have the book in hand. I can’t verify all the things I’m about to say. The general idea is accurate but some of the details may be a little wonky.

Near the front of the Breakfast of Champions, there are two minor characters. One is an old lady in a nursing home. Her health is not great. She requires constant attention. The other is the nurse who takes care of her.

The nurse is good at his job, totally committed to caring for this woman. Though, as you can imagine, it is exhausting work. One night he takes a break from his regular duties.  Someone else covers for him while he goes to the bar. Unfortunately, the lady passes away while he is drinking beers. Before she goes, she uses her last bit of life to do her best to try to telepathically reach out to the nurse to say goodbye. And she kind of succeeds. Her effort results in the manifestation of an itch on the back of the nurse’s head, which he promptly scratches. He didn’t know that she just died and wanted to communicate with him.  I thought that was heartbreaking.

And then I turned that small chunk of story into a song called “Hot Dog”.

My First time recording the banjo

I’ve made a lot of recordings over the years, yet this is the first time I’ve ever recorded a banjo. It was fun. I think the banjo on this recording sounds like a banjo.

Whenever you record an instrument you start to notice details in the sound that you’ve never thought about before.  In this case, it is the first time I’ve noticed the tiny squeaks of the finger picks on the banjo strings. You can hear them on this song if you listen close.

The banjo was played by Rick Weber (Ding Dong).  This was the first time he’s ever played banjo on a recording. Kudos to him for a job well done!

The backing harmonies over the second verse are delicious!

It’s not often you hear the phrase “Whoa-oh hot dog” in everyday life. Ocassiaonly you might hear a “Whoa Bundy”,  a “Whoa, check out that awesome hot dog”, or a classic Joey Lawrence “Whoa”, but a “Whoa-oh hot dog”?  Fuggettaboutit!!

“Whoa-ohs” always reminds me of that Billy Joel song from the 80s “The Longest Time”. Billy Joel throws in a few extra “ohs” in there just for funsies. He is a very classy piano man.

I recorded the whole project myself in my studio. I look at it as a huge life accomplishment. 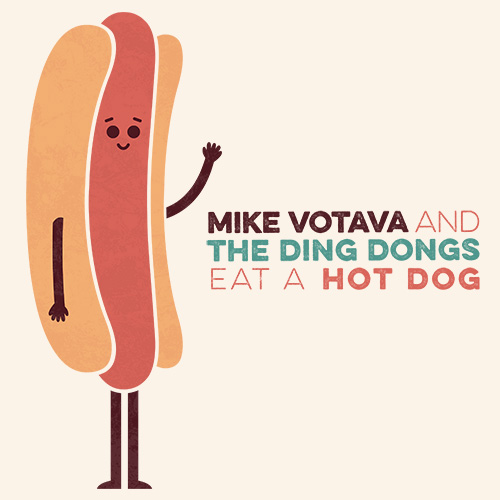 A big thanks to all the folks who have purchased it thus far.

But if you are one of the few remaining ding dongs out there that still haven’t gotten yourself a copy, now would be a wonderful time for you to buy my album.

You will enjoy putting it into your ear holes. And your support would be much appreciated!