By Mike VotavaFebruary 22, 2022Artwork, posters
No Comments
ShareTweetSubscribe to My Newsletter 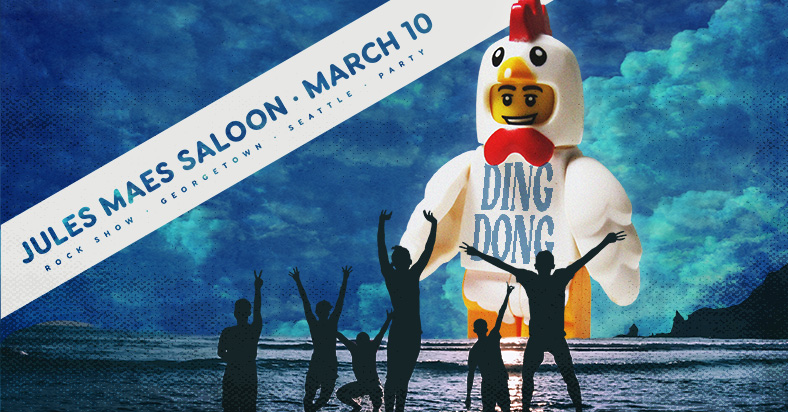 I am excited about the upcoming Mike Votava and The Ding Dongs Show — March 10th at Jules Maes Saloon in Georgetown. Chirs Poage Band will be performing too!

I made a poster to help promote the show. And here it is. 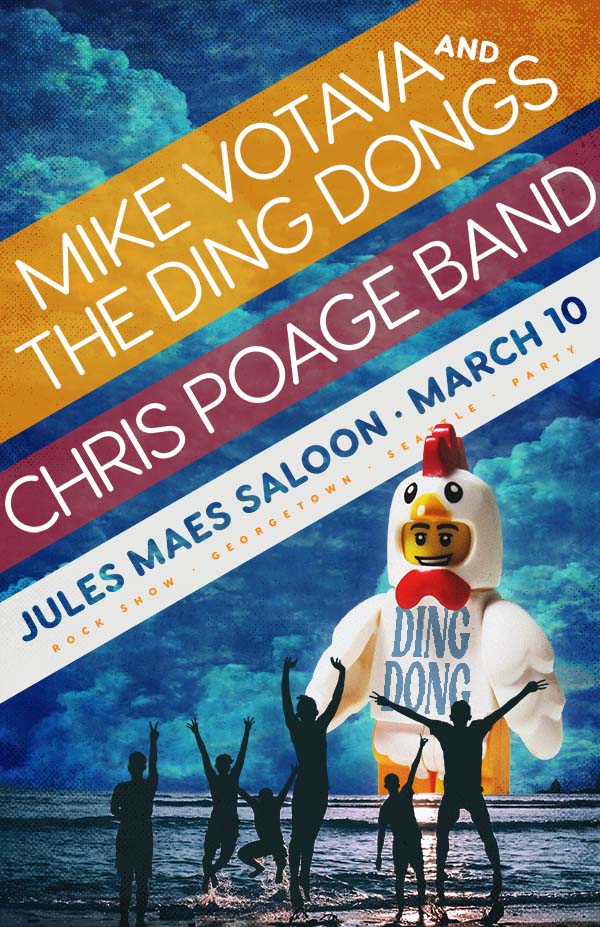 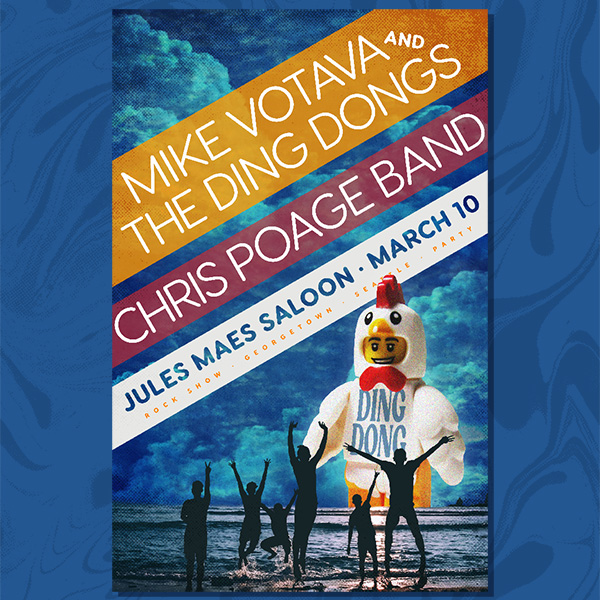 I took some inspiration from the Stay Puft Marshmallow Man on this one. 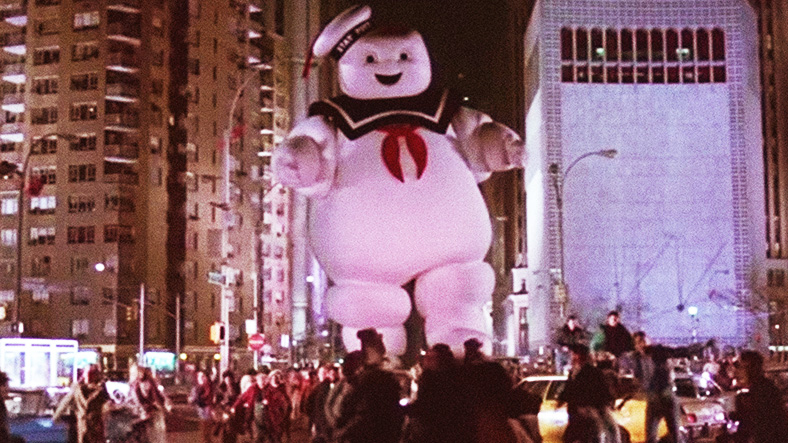 There is a giant friendly-looking monster thing marching towards people. At first glance, it seems like it should be harmless but because the monster is so large it quickly becomes a vehicle for mass destruction — stepping on cars, smashing buildings, and squishing people.

My poster doesn’t feature Stay Puft, but it does feature a giant lego man in a chicken costume.

The people on the beach spot Giant Lego Chicken Man off in the distance and are super pumped to see him. They are waving him in. They can’t wait for him to get closer. This is the exact same reaction I hope that my fans will have after hearing about the upcoming Ding Dongs show. Hopefully, they will be wildly excited to see us and they will be waving us in.

Giant Lego Chicken Man is not as harmless as he looks.  Just look at the expression on his face. That’s the face of a lego man who is totally up to something. 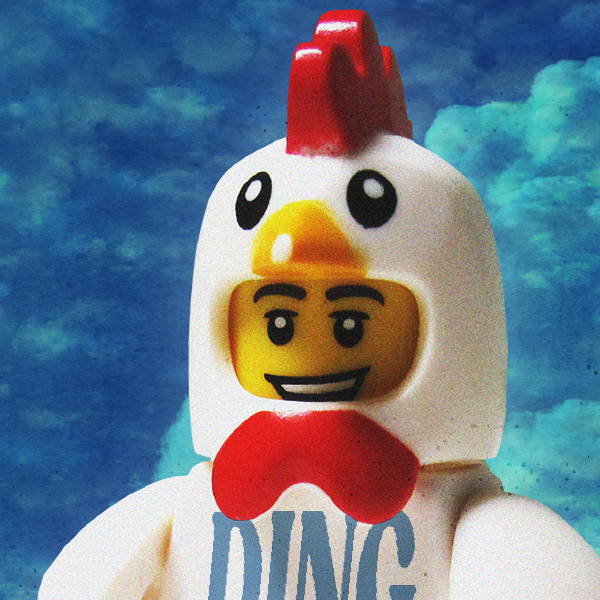 I like the way this poster turned out. I was feeling stressed for time and I kind of rushed a few things on the design, but overall I think it’s pretty pretty pretty good.

I got a few printed up. They are prominently hanging in the hall of the Jules Maes Saloon for all to see. 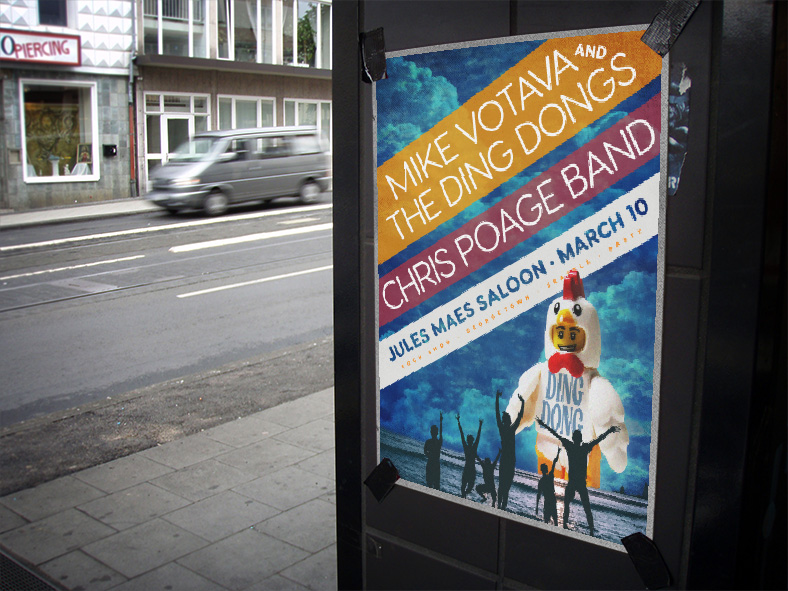 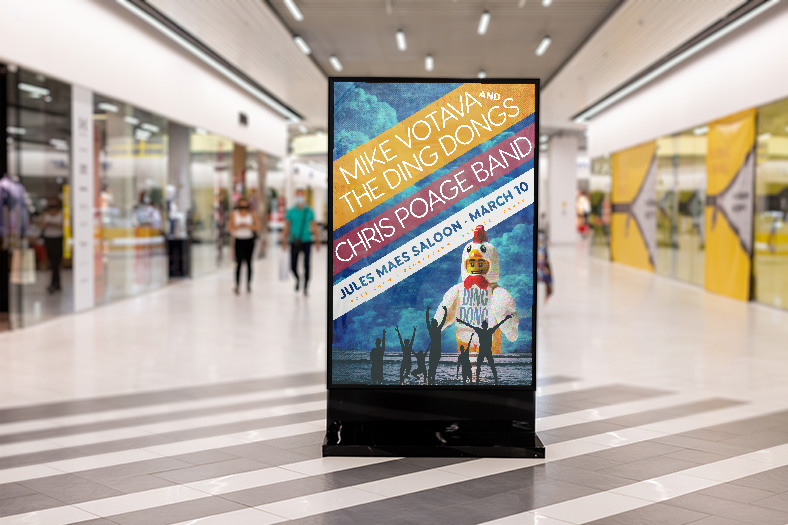 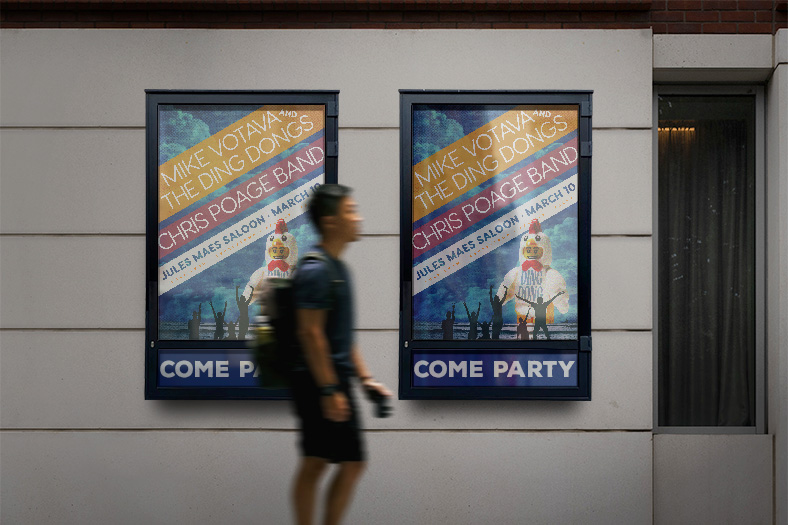 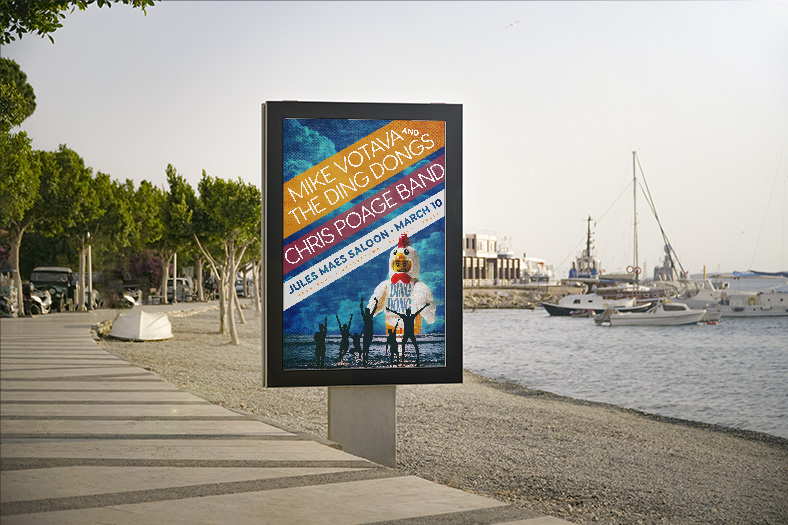 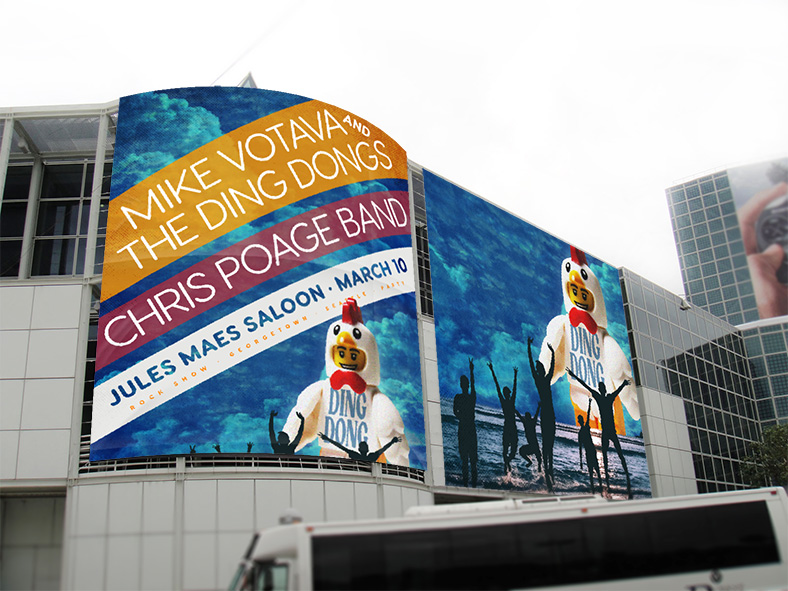 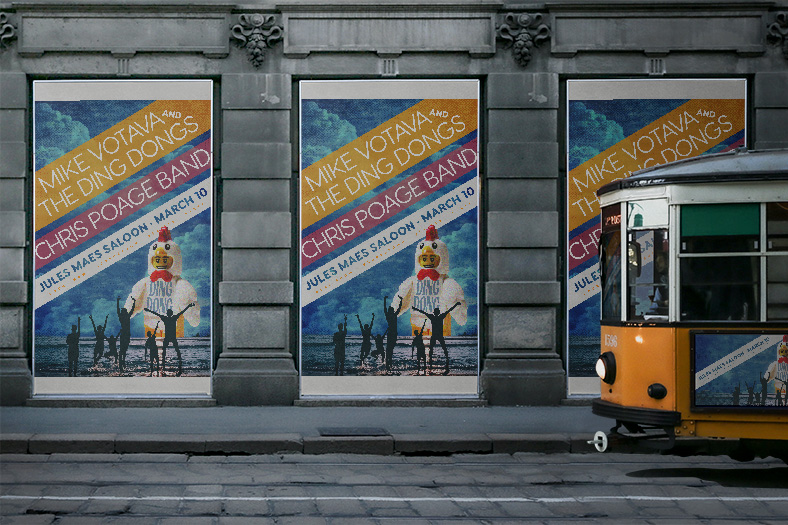