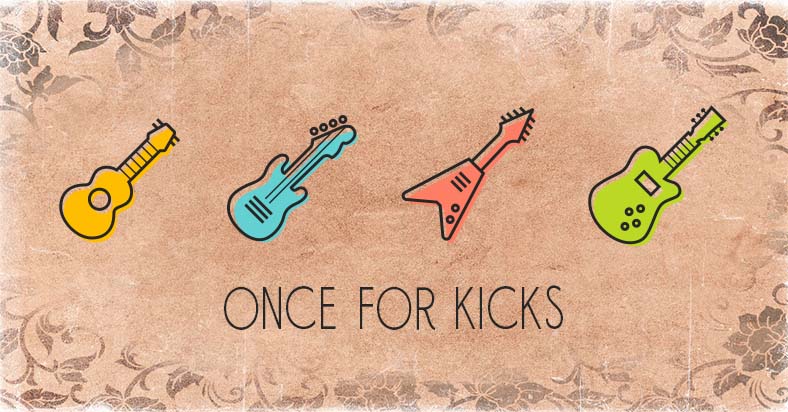 I learned about a new Seattle rock band today. They are called Once For Kicks.

I described them as “new” but that is not accurate. I just found out about them so they are probably only “new” to me.  On their Bandcamp page, they have an album titled Once For Kicks: Best of 1999-2008, which most likely means they’ve been around for a very long time.

I learned about the band from reading the Conor Byrne email newsletter.  Once For Kicks is playing a show there in a couple of weeks.

What initially piqued my interest was that the newsletter mentioned Kurt Bloch was in the band. I know who that is, so I figured I should check out the band.

The other non-Kurt Bloch members of the band are Bill Coury, Tom Cummings, Chuck Keller,  and Mike VanBuskirk.

I don’t immediately recognize any of those names. However, a very quick Google search revealed that Bill Coury is the owner of Flying Squirrel Pizza (one of my favorite pizza joints). How cool is that?!!

The Once For Kicks album I listened to is called Learned Lessons. Bandcamp says it came out in 2021 but who knows if that’s true. Maybe it came out a long time ago and they just uploaded it in 2021… who knows?

Sounds like a blend of old-school R.E.M, The Pixies, a less loud version of Flop, and a less fun version of The Young Fresh Fellows. It has a 90s Seattle pop-rock sound thing going on.  The songs seem straightforward and pop-rocky.

I look forward to digging further into this band. Maybe I’ll go to that upcoming Conor Byrne show.