The Best Scene From The Muppets Take Manhattan

By Mike VotavaMay 17, 2021May 18th, 2021movies
No Comments
ShareTweetSubscribe to My Newsletter 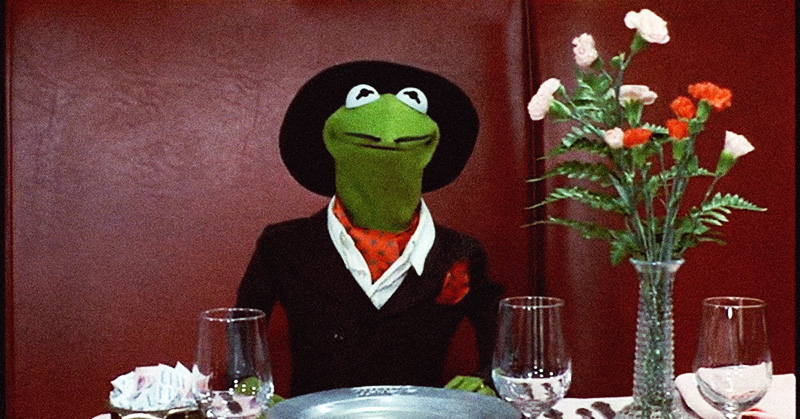 Today I watched The Muppets Take Manhattan. It came out in 1984. I remember my Mom taking me to see it when I was a boy. And I remember loving it.

Prior to today, I haven’t seen it in a long time. It was pretty good. I give it three out of five stars. There were some parts that weren’t so good, but a lot of other parts that were fantastic. I may have even given it two stars but I have a soft spot in my heart for all things Muppets.

The best scene in the movie stars Kermit The Frog. Kermit goes to a fancy restaurant while pretending to be a big-shot producer in hopes of creating some fake industry buzz. Kermit calls his plan a “whisper campaign”. This scene is fucking hilarious!

Just look at that mustache. And that accent!!! OMG (watch the scene, you’ll know what I mean).

The plan was working to perfection until stupid Liza Minnelli shows up and ruins it. And I’m sure that the rats going a little bit crazy there at the end didn’t help either. Still, I blame Liza.