What is a speedball?

By Mike VotavaMarch 15, 2022March 17th, 2022songwriting
No Comments
ShareTweetSubscribe to My Newsletter 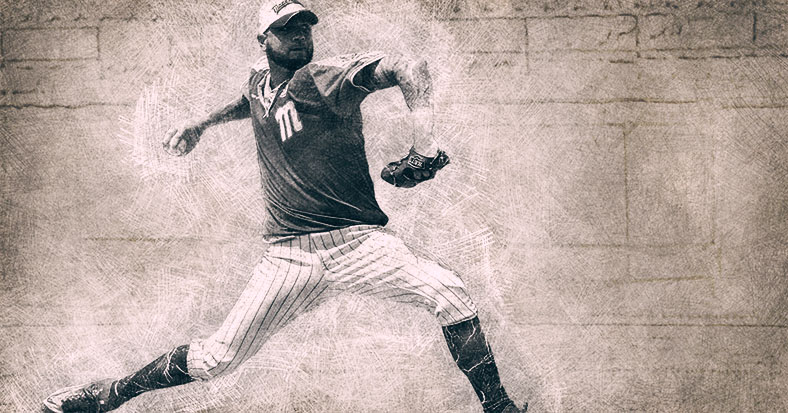 The other day my roommate asked me what a speedball was? I didn’t know. He went on to say that he was thinking about the song “Glory Days” by Bruce Springsteen. My roommate found it odd that the baseball player character in the first verse of the song could throw a “speedball by you”.

What the hell is a speedball?

I’ve heard that song many times. It’s a pretty OK song. Its kind of dumb but fills my heart with catchy nostalgia. The Boss is not usually my cup-o-tea. I’ve never thought about the “speedball” before.

Here are the words to the song:

I had a friend was a big baseball player
Back in high school
He could throw that speedball by you
Make you look like a fool boy
Saw him the other night at this roadside bar
I was walking in, he was walking out
We went back inside sat down had a few drinks
But all he kept talking about was

To me, there are two possible explanations for what a speedball is.

The first is a very literal interpretation. A “speedball” is a crazy new baseball pitch that his baseball player friend invented, and he’s the only one in the universe who could throw it.

I don’t know about that… doesn’t sound too plausible.

The second explanation, and the one I ultimately landed on, is that Bruce understands the game of baseball. He knows that a speedball isn’t a thing. However, in the context of the song he is clearly annoyed by his old baseball friend for talking too much about his old high school baseball days. Bruce uses “speedball” in lieu of the proper baseball term “fastball” as a way of showing that he’s annoyed, dismissive, and completely uninterested in his friend’s dumb baseball ways. Bruce is almost making fun of his old friend.

Once I came to this realization, the “speedball” part is now by far my favorite part of this not-that-good-of-a song.

It is kind of amazing how much more of the story you can tell simply by replacing one common well-known word with a word that is similar sounding but is not quite right.

By swapping the word “fastball” for “speedball”, it is clear that Bruce is showing contempt for his friend. Bruce is mocking him.

On the other hand, if “fastball” was used instead, the first verse is more about old buddies running into each other and having a drink at the bar.  Until that is you get to the last line in the verse

But all he kept talking about was

The last line clues you in on Bruce’s true feelings towards his friend. He’s annoyed. He wants his friend to stop talking about high-school baseball. This last line works really well with the “speedball” part. The “speedball” lets the listener know that his encounter with his old friend is not necessarily going to be a pleasant experience.

The “speedball / fastball” swap is a neat lyrical trick. Sir Bruce, my hat is off to you.

P.S. – Fun Fact: For most of my life I thought the lyric “make you look like a fool boy” was “making love like a pool boy”.  I just figured out what he was saying the other day when I looked up the lyrics.