I Am A Taco is Going Viral on TikTok

By Mike VotavaJanuary 2, 2021music
No Comments
ShareTweetSubscribe to My Newsletter 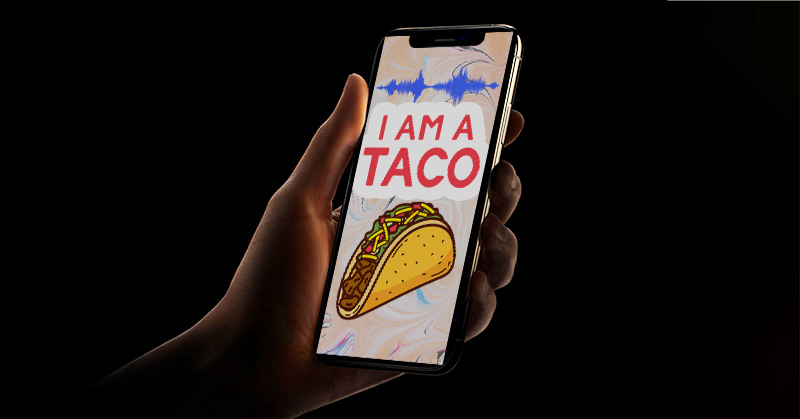 I was delighted to learn that my song I Am A Taco is being used in TikTok videos. Some people might even say that I Am A Taco is going viral on TikTok, and by “some people” I mean “nobody but me”.

Right now there are five TikTok videos that feature I Am A Taco. That’s not a lot, however, it is more than zero. At this point in my music career I still feel really good about “more than zero”.

Each of the videos is one-hundred percent awesome. Remember folks, it’s quality, not quantity that matters here. I’ve taken the liberty of ranking each I Am A Taco TikTok, from worst to best.

@butterfly.girls.33♬ I Am a Taco – Mike Votava and the Ding Dongs

There is a lot going on here, almost too much. All the text is hard to read and the video is sideways (sideways probably don’t matter on mobile devices). The meat list is confusing, seems like a lot of meats. It would be tough to fit them all in one taco. I wonder if it’s supposed to be some kind of menu, giving you multiple meat options. It’s not clear.

The taco pillow in the background is fantastic and that’s one reason why this TikTok makes the top five. Another and arguably more important reason it appears on this list of I Am A Taco TikTok videos is the simple fact that it exists.

I have no idea what @31753434153 is doing but I LOVE it. I suspect @31753434153 has never used TikTok before and is just trying some stuff out for kicks. Starting off with a weird sketch filter combined with shaky camera movements,  and ending with some trippy kaleidoscope-like split-screen effects with a kid in blue glasses. That’s my favorite part BTW, makes me laugh every time.

@raemirko♬ I Am a Taco – Mike Votava and the Ding Dongs

Here we have a classic dancing taco animation, plus some well-timed text graphics. There is a reason this video has five likes. Nice work, @raemirko!

♬ I Am a Taco – Mike Votava and the Ding Dongs

My hat is off to @pandaliv4 who delivers an Oscar-worthy performance (for best TikTok director and best TikTok stunt). This TikTok doesn’t look like much at first but it slowly builds suspense. You become more captivated with every passing second, wondering what will happen next, right up until the end. The climactic ending does not disappoint. The video also has a nice soundtrack, which perfectly complements the on-screen drama.

Unlike @31753434153, @fuegogypsy is a fucking TikTok wizard! The sparkly background is a total pro-move. She transforms her face into a taco with a huge mouth and giant eyeballs. She repeatedly says “I’m a Taco” in a funny voice. That’s exactly the sort of thing a real-life taco would say! How else would you know what it was?!

Everything about this TikTok video is pure genius. That’s why it comes in at number one.