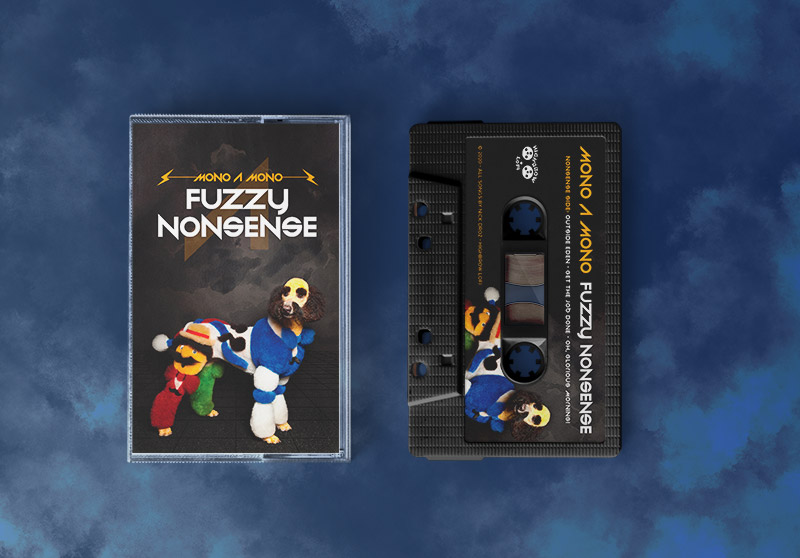 Would you look at that?

Here is a peek at the artwork I created for the latest and first release from Mono A Mono. The new EP is called Fuzzy Nonsense. It is currently available via digital formats and audio cassette. This was my first time creating audio cassette packaging.

Mono A Mono is new project from Mr. Nick Droz (Nick is a Ding Dong, BTW) released on Highbrow LoFi records. He recorded Fuzzy Nonsense on an analog four-track at his Seattle studio, mixed down to fabulous lo-fi mono. That’s right kids, no stereo here!  He wrote all the songs and played all the instruments too. Kudos to Nick for putting his pandemic self-quarantine time to good use! 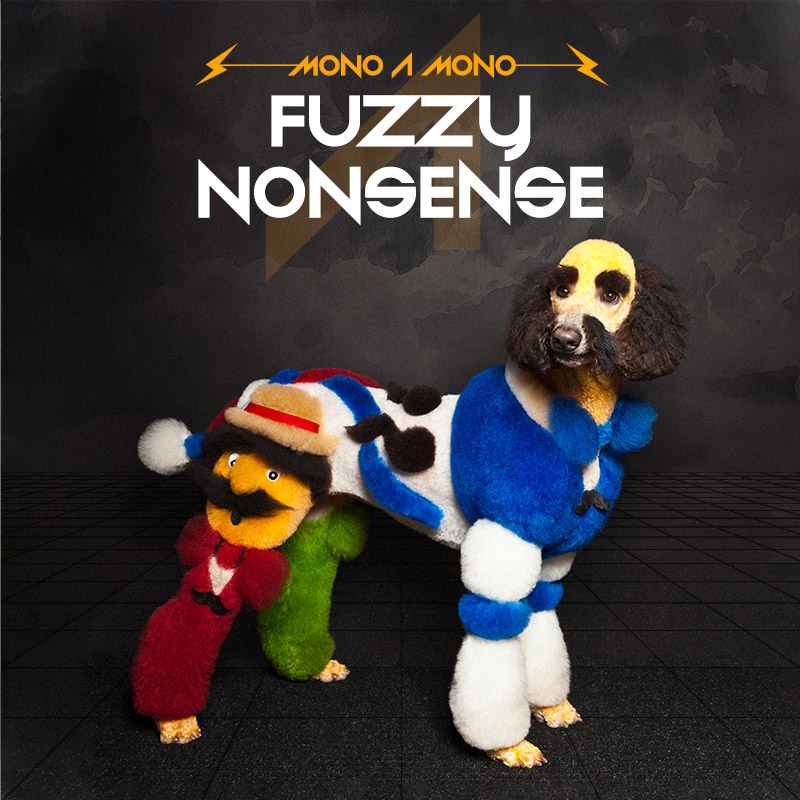 It was Nick’s idea to use that crazy brilliant dog photo by Paul Nathan as the centerpiece of the art. I gotta say, before I started on this project I had no idea that competitive dog grooming was a thing.

Visual concept-wise I was going for real “ridiculous metal” sort of vibe. The grid pattern at the bottom adds depth to the original photo. The cloud texture at the top adds the right amount of doom and gloom sky background to support the floating title. The font is trying real hard to be metal. It wants to be metal so bad but it doesn’t quite get there. Just look at how absurd the “Y” is! It’s all top and very little bottom. The baby lightning bolts bookending the title text is a nice touch.

The inside panel has a DIY feel to contrast the slickness of the outside cover.

I am looking forward to getting the EP on audio cassette. I’ve already been scanning eBay for the perfect boom box to play it on. 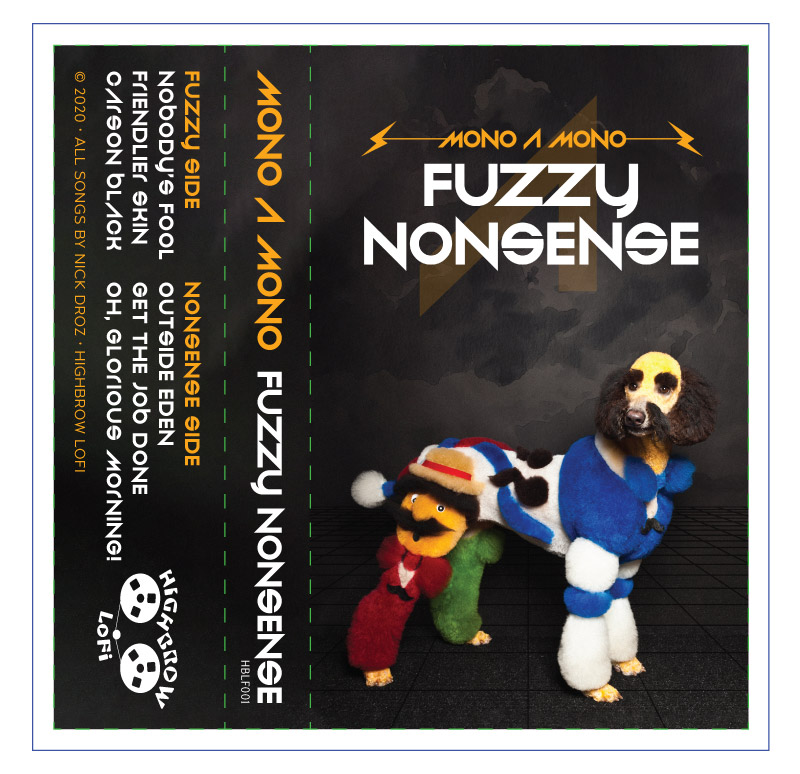 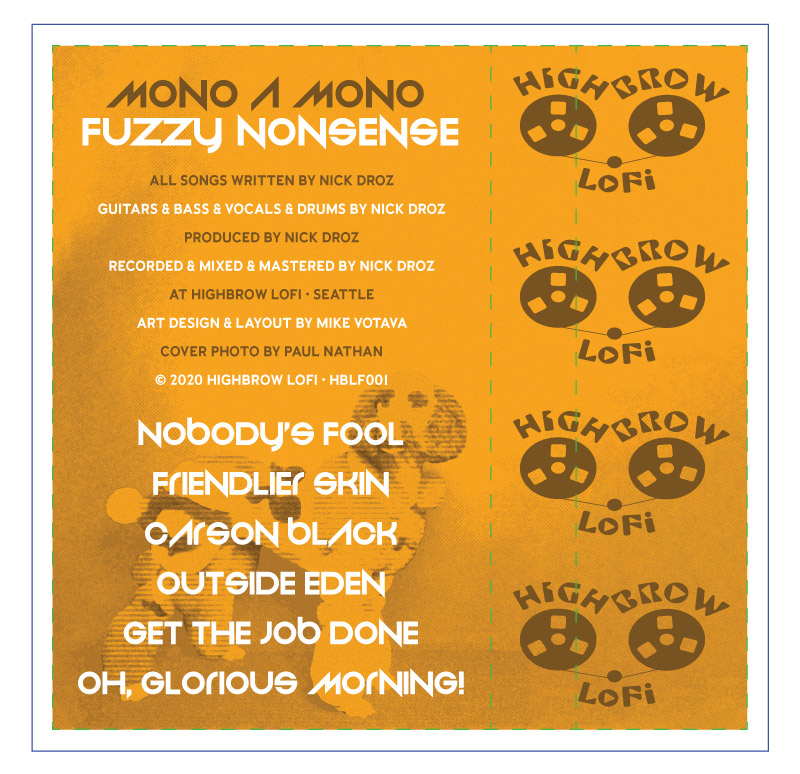 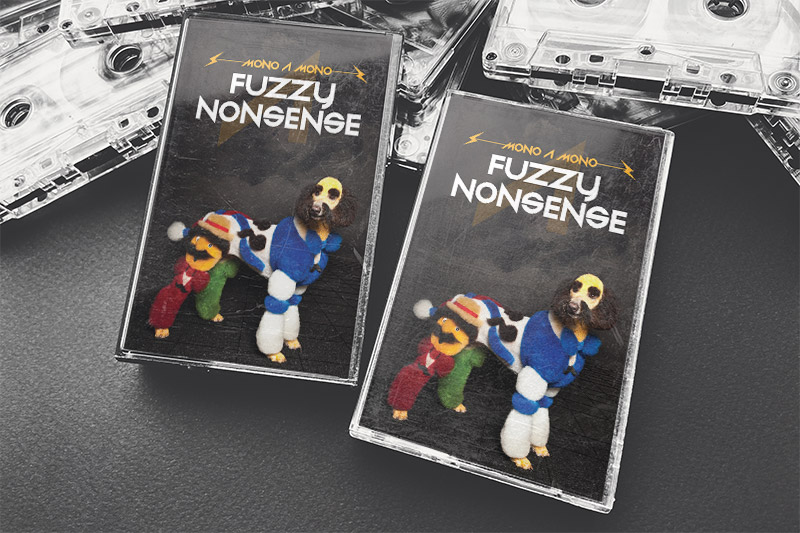 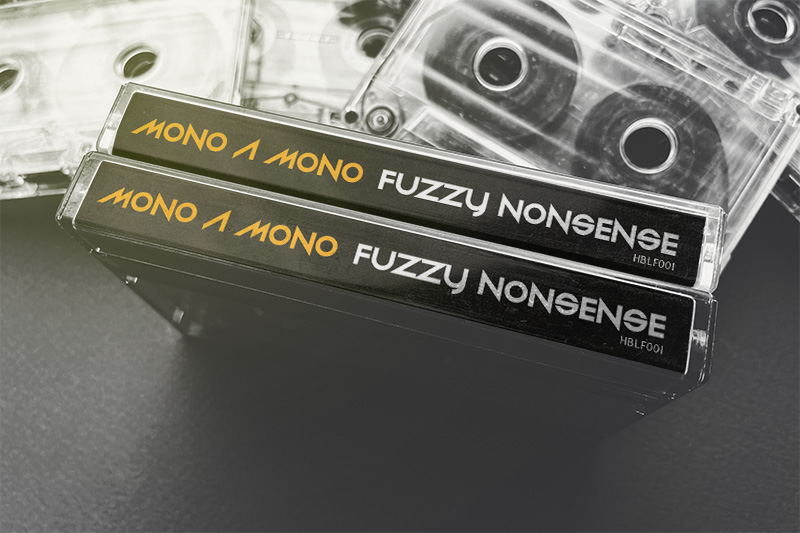 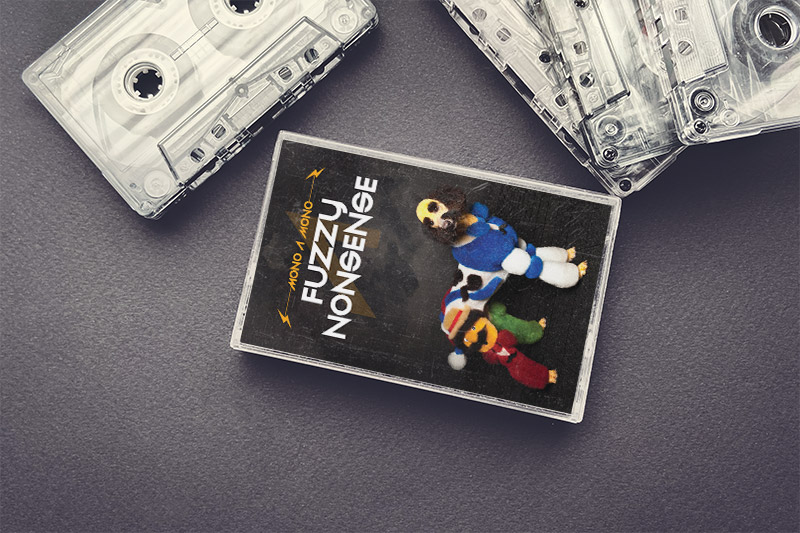