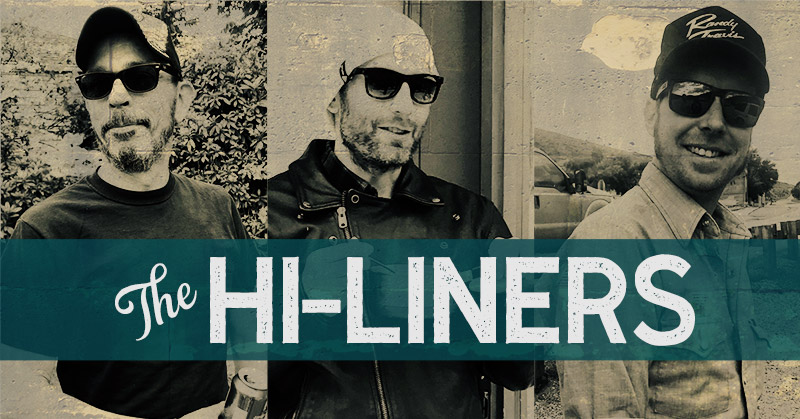 I’ve been listening to The Hi-Liners a lot the past few weeks.

They released an album called I Resign back in September. I can’t seem to put it away. Front to back, the album is a country-rockn’-don’t-come-a-knockin’ good time. If I were to make a list of my favorite albums of 2020 (and I might), The Hi-Liners I Resign would make the cut.

I encourage you to buy the album from their Bandcamp page. Here is my official review:

“A wise man once said, If you don’t like The Hi-Liners, then you ain’t shit.”
— Mike Votava 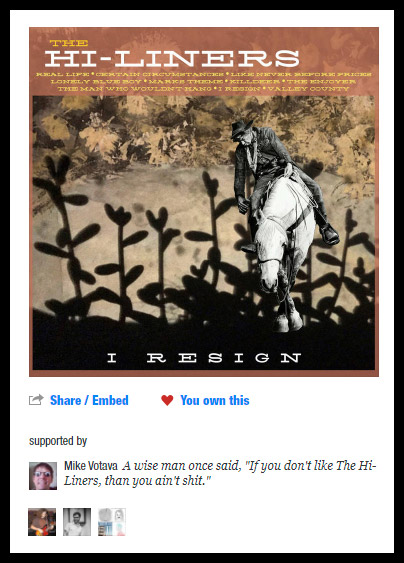 The Hi-Liners are a country-rock band from Olympia, WA. I don’t know too much about them other than that Mark Berger sings and writes the songs. His songs are real good too. I am a fan.

My favorite track on the album is track 2. It’s a fun country diddy called Certain Circumstances.

As far as I can tell it’s a love song about a dude who is banging this girl. They’re really hitting it off but for whatever reason the rest of the town, including the girl’s father and brother, disapprove of their fun love. I think they either end up murdering the dude and/or driving him out of town. That’s classic country for ya!

My favorite line of the song comes at the end of the second verse:

The album features a special guest appearance from Travis Young (We Wrote the Book on Connectors) on the organ. If you listen closely you can hear him tearing it up on the song Killdeer.

Here is a photo of Travis in the studio. He’s the nerd in the bottom left corner behind the organ. You can tell he’s a nerd because he’s wearing glasses like a nerd. 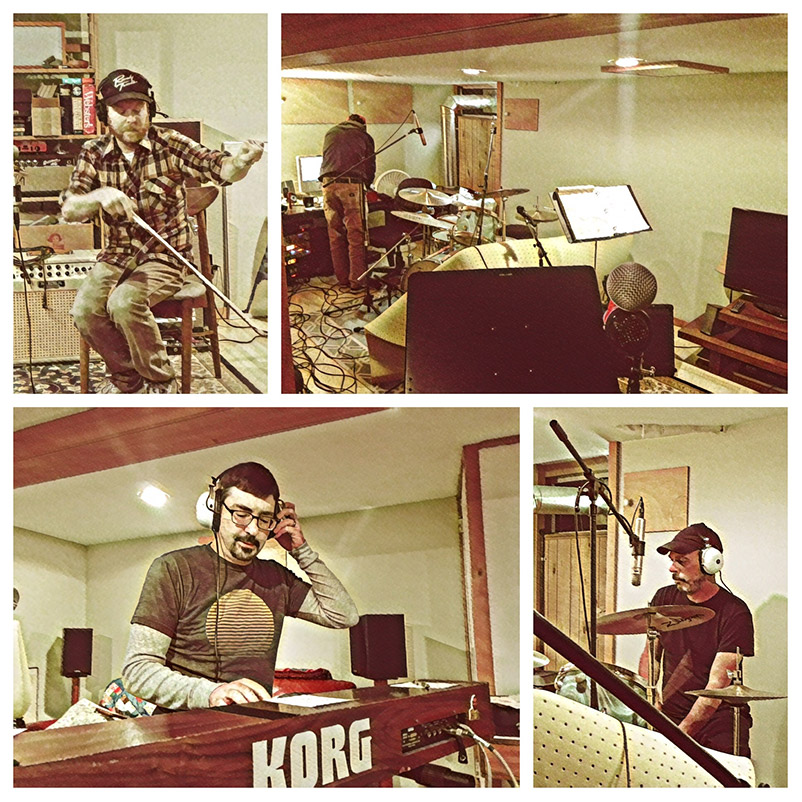